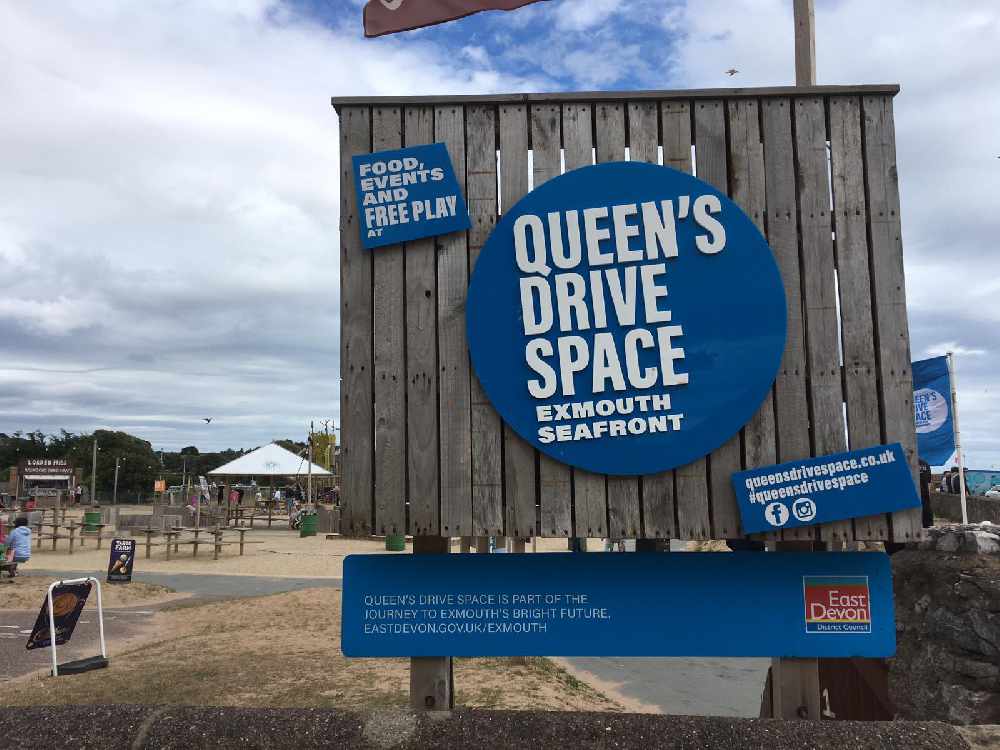 Plus new jobs to speed up projects

A former Exmouth seafront car park is to be grassed over and turned into an outdoor fitness area as an attraction for 2021 - whilst £200,000 is being set aside to employ two people for two years to drive forward projects in Exmouth - if plans get final council approval.

The temporary car park was built in 2019 for about 50 new car parking spaces was provided on land off Queen’s Drive previously partially used for the Railway Carriage Café.

East Devon councillors had previously said it should return to leisure use after planning permission ran out last year. Now they have backed plans for low-key fitness uses there.

The Exmouth Queen’s Drive delivery group also agreed that food and beverage traders that are part of the Queen’s Drive Space – the replacement for the former fun park – should be given the opportunity to return this year because they were affected by last year's covid restrictions.

The existing attractions, including the dinosaur-themed play park, will also stay this summer. Councillors also backed a proposal to enable organisations to deliver events rather than the council manage them.

Tim Child, service lead for place, assets and commercialisation, said: “In terms of temporary uses for the car park land, for next season or two, the favoured uses related to low key fitness type uses. The rationale for this being that it would fit well with the council’s health and wellbeing agenda and is consistent with themes in the council plan.

“It supports covid recovery for small businesses and would provide much needed wellbeing opportunities for the community, would not compete with businesses in the vicinity, contributes to the tourism agenda and Exmouth as a destination in providing additional activities, would provide a range of activities across the age bands, and we know through the Events Team that there’s ample demand.”

He said that while the costs of laying to grass and any fencing were ‘not insignificant’, around £30,000 to £40,000, the costs will be less compared to those that would be incurred for many other types of surfaces and uses.

Cllr Joe Whibley said that progressing with the proposal would be a statement of intent of returning it to what it was meant to be in community lands. He said: “People might have the perception that we are not thinking big and may have the opportunity to do more, but given the initial use, it is turning the paved area green as we are investing in green space. It is a real statement of intent of what the space was originally meant to be, community land.”

Independent Cllr Chris Wright, whose family ran the fun park for decades, added: “It is a difficult situation for anyone in the leisure businesses to know what will happen, and if we grass it, in becomes an informal open space, even if we don’t manage it. The area to the rear is aimed more at the community and when people get to the site for an event. The piece at the front aimed at passers-by. We are where we are and the summer will be difficult, but now is the time to get on with it.” 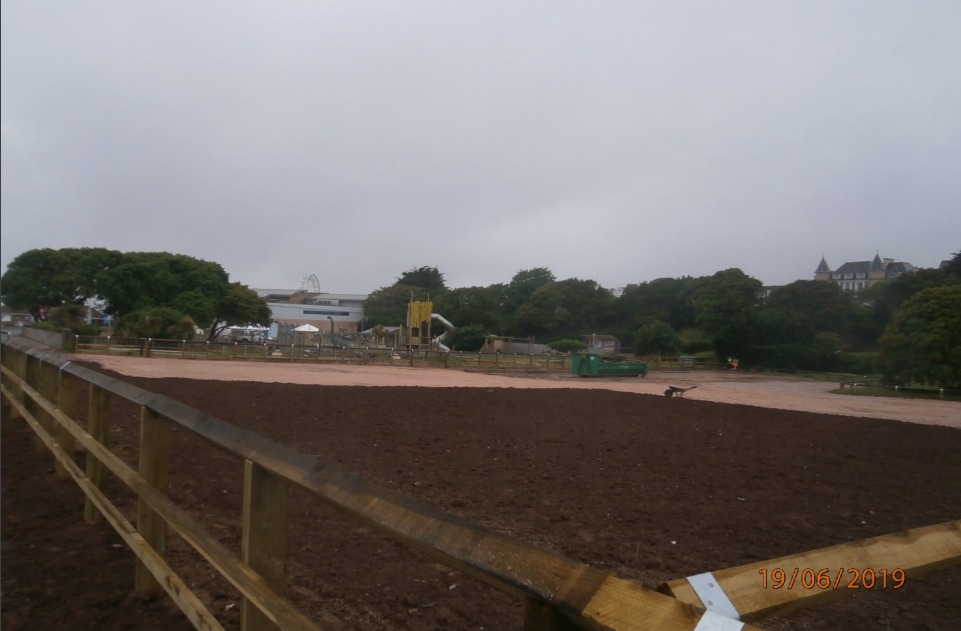 While phase 1 of the overall Queen’s Drive project – the realignment of the road and the car park – has been completed, and phase 2 – the new watersports centre – is on the verge of completion and should be fully open soon, the long-term use of final phase of the regeneration remains unclear.

Planning permission for the redevelopment of a 3.6-hectare swathe of Queen’s Drive has been granted, and has been implemented, the council say, with the realignment of the road, but the attractions currently on the Queen’s Drive space – the replacement for the former Fun Park – only have planning permission to stay on the site until March 2022, with no further extension allowed under planning law likely.

The group also recommended to cabinet that up to £200,000 be made available from the Business Rates Pilot Reserve for a development surveyor and an engagement / project officer for two years, dedicated to moving projects forward.

Further discussions around the long term use for the Queen’s Drive Space will be debated by the group later this year.