Exmouth’s new watersports centre WILL be built by June 2020 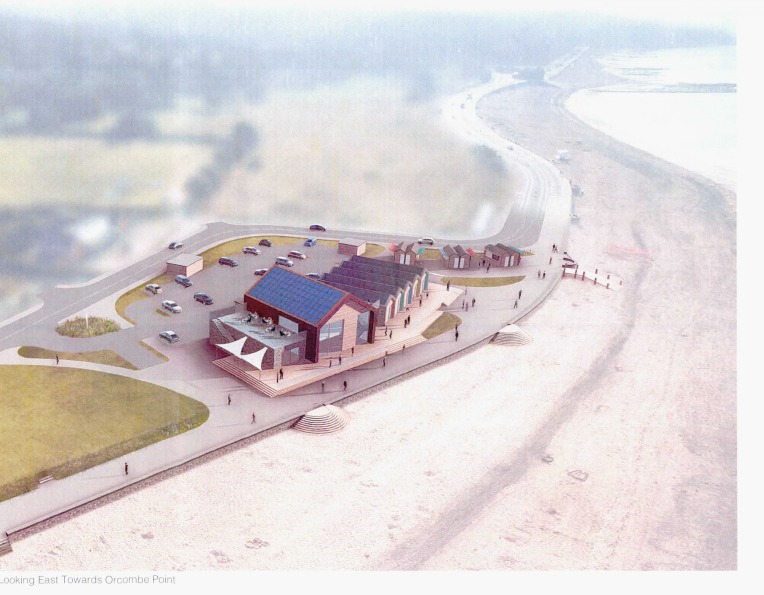 Lease should start this June

The agreement means Grenadier are legally required to take the lease for the Queen’s Drive within five days of the council completing the realignment of the seafront road, currently targeted for June 19th.

And the developers will be set a target to build the watersports centre within 12 months so it is operational in time for summer 2020.

Richard Cohen, the council’s deputy chief executive, told the cabinet on Wednesday the agreement will enable the Watersports Centre site development to begin in summer 2019 with a view to completion within 12 months, following the council’s completion of the new road and car park in June 2019.

Mr Cohen said: “The agreement means that they have to accept the lease for the site within five days of us completing the new road, and then they have an obligation to complete it within 12 months.

“Grenadier Estates have confirmed their willingness to commence construction this summer with a view to the Watersports Centre being operational before summer 2020.

“This timeline will allow Grenadier, who have entered a pre-construction service agreement with their preferred contractor, to finalise contracts and to get on site and build out in time for the summer season of 2020. This is an especially important timeline for their tenants who, having invested in their new premises, will be business planning and expecting to be up and running in time to make the most of the high season.”

He added that 37 public car park spaces will also now be provided as part of the development, which will enable the repayment period to reduce from 15 to 12 years, and that the beach access ramp should also be completed within 12 months of taking on the lease.

The long-awaited final agreement between the council and Grenadier to ensure the watersports centre is built was welcomed by councillors.

Cllr Pauline Stott said: “This is good news for Exmouth. The watersports centre is about to happen and will have a restaurant run by Michael Caines. It will be good for tourism, will bring people into Exmouth, and this watersports centre could be a national centre. This will make Exmouth one of the main places in Devon and the South West to visit.”

Cllr Jill Elson said: “This will be a boost for the town and tourism in general, so lets us get on with it.”

Leader of the council, Cllr Ian Thomas, said that this would be a strong tourist attraction for the town. He added: “The attraction of Michael Caines’ restaurant will go way beyond the town and the watersports centre will be pillar of Exmouth. This is a significant project for Exmouth and coming forward in an attractive manner that can generate more income for Exmouth.”

He added that the principle of doing this had been agreed for some time, and that this was the right thing to do for the town.

The committee heard that the income from the watersports centre would go to Grenadier until their initial capital investment had been paid off, and then all money goes to a Community Investment Company and the money will be invested in and around Exmouth.

The item was only added to the agenda late on Tuesday night as the negotiation process between the council and Grenadier Estates only reached a satisfactory conclusion on Monday night, and concerns were raised though about the speed and lateness of the report coming before the committee.

Cllr Ben Ingham said: “It seems to me that we are rushing to make money for other people. You believe you taking the right decision on our behalf, and I sincerely hope that you are right. “

Cllr Steve Gazzard said he was concerned about how late the report came forward, while Cllr Megan Armstrong said: “This is not a good way of doing this and some members may not have even be aware of this. I’m glad things are moving along but concerned about the rushing in the way things are being done.”

But Cllr Elson said that the council was still negotiating on Monday so a report couldn’t have come forward any quicker than it did.

Mr Cohen’s report added: “The timing is necessitated by the negotiation process between the council and Grenadier Estates having reached a satisfactory conclusion as late as Monday. Officers are conscious of members’ concern to see outstanding conditions resolved and therefore would like Cabinet authorisation to complete the agreement promptly.

“This ensures that Grenadier Estates are legally committed to taking the lease once the Council’s road and car park works have been completed. The council and Grenadier have agreed outstanding matters including arrangements for public car parking on the site, delivery of the beach access ramp and delivery timescale.

“The council will complete the new road and car park in June 2019 enabling Grenadier to get on site therefore risk will then transfer to their role in developing the site and delivering the buildings and public realm for phase 2.”

Cllr Tim Dumper asked what happened in a scenario in which Grenadier did not deliver the watersports centre in a timely manner, and was told by Mr Cohen that they could forfeit the land and the lease, but that would be an extreme measure.

He added: “A timeline that involves the watersports centre in place by summer 2020 also assists in our timing for delivery of Phase 3 development on the current Queen’s Drive Space and Harbour View sites.

“It is important to maintain momentum on Queen’s Drive especially once Phase 1 (road and car park) is complete and Phase 2 (Watersports Centre) is underway. Temporary uses will maintain vitality on the seafront for summer 2019 and our work with Hemingway Design and Lambert Smith Hampton on phase 3 will bring forward a mix of long term uses for consideration and consultation in the next few months

“Phase 1 will be finished in June and, as detailed above, we expect Phase 2 to get underway in the summer. Phase 3 plans will be moving forward. The new future for Queen’s Drive and Exmouth’s brighter offer to its visitors and townspeople is moving forward.”