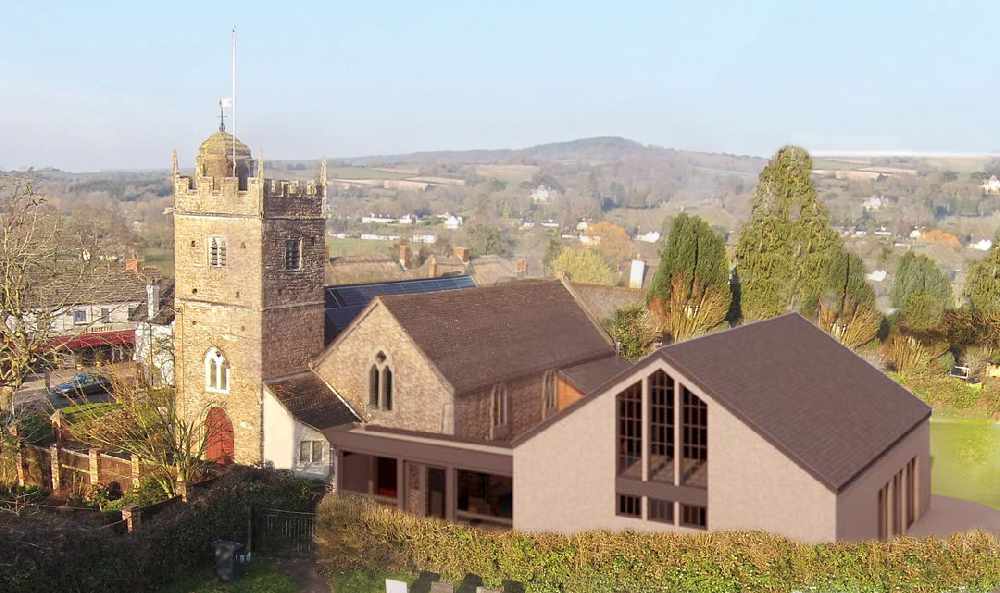 Back in August 2010, two sheds at School Lane, in the centre of the village, were set alight, and the blaze quickly spread to nearby St Luke’s Church. Ten per cent of the church was damaged by flames, but the church hall, which was the meeting place for the 24 members of the 1st Newton Poppleford Brownies, was destroyed.

In the fire, they lost everything — craft materials, cookery equipment, sports equipment, including a play parachute, and worst of all, their irreplaceable parade flag used for special occasions like Remembrance Day.

No charges or a prosecution into the arson attack was ever brought forward by police.

Now plans have been approved by East Devon District Council planners for a new meeting place to replace the original fire-damaged hall.

The new hall will be used for church-led youth groups, social and elderly people work, committee meetings, coffee mornings, fundraising events, celebratory functions for the church year, refreshments following funerals, a ‘green room’ for concerts and a quiet garden for reflection, and will also provide toilets and catering facilities.

The report of planning officers said: “The proposal would not result in a loss of privacy to the occupiers of any other properties, and neither the Conservation Officer or Historic England object to the proposal.

“The proposal would not result in harm to the Area of Outstanding Natural Beauty, impact upon any highway, and there have been no objections to the proposal from the occupiers of neighbouring properties, so it is recommended for approval.”

St Luke’s Church was originally built in 1331, although only the tower and the porch remain, and the bulk of the present church was built in 1897. The church hall was constructed at a later date, but was demolished due to the damage caused in the 2010 blaze.

A £200,000 appeal has been launched by the church to raise enough to build the new buiding, that will be called ‘The Meeting Place’.