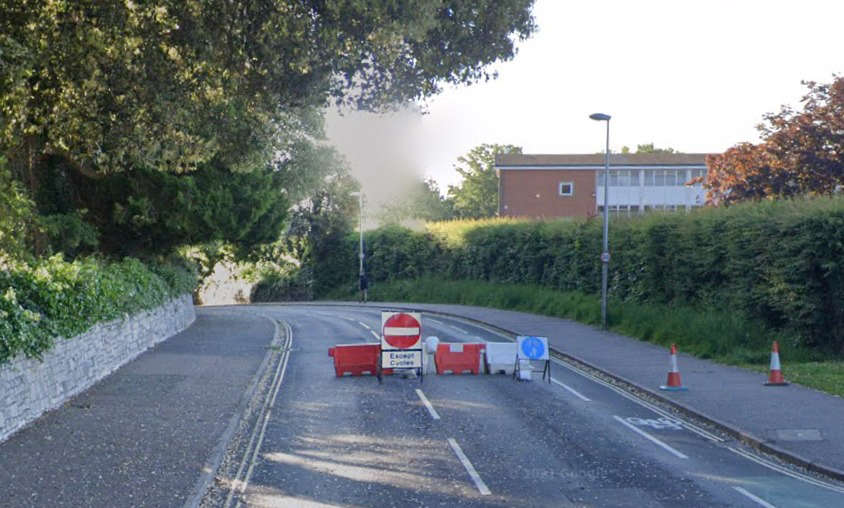 A temporary no-entry zone which helped form a pop-up cycle route in Exeter is to be made permanent, despite a former lord mayor slamming the scheme.

The change to make Dryden Road no-entry except for cycles between Well Oak Park and Kipling Drive was introduced in 2020 as part of emergency transport measures to provide safer routes for pedestrians and cyclists while public transport capacity was reduced because of covid.

Together with similar measures on Wonford Road, Ludwell Lane and Magdalen Road, which have all since been made permanent, they helped form the pop up E9 cycle route – a two-and-a-half mile cross-city route that provides access to the city centre, RD&E hospital, Pynes Hill and Sowton.

However, the Dryden Road temporary scheme near the RD&E hospital has proved more contentious.

After it was installed, initial feedback was evenly split in favour and against, with members of the Exeter highways and traffic orders committee (HATOC) agreeing it should be subject to further discussions.

Another consultation was then carried out in February 2021. Of the 600 responses, a slight majority (56 per cent) were in favour of reducing through-traffic, but there were some concerns raised by local residents, the Devon Partnership Trust and RD&E about the scale and the closure’s impact.

As a result, the committee was presented with two options at its meeting on Monday; to make the current no-entry permanent, with some changes including the removal of four nearby parking spaces, or to turn it into one-way with flow cycle lanes in each direction.

Following a lengthy debate, the majority of HATOC members voted to make the temporary no-entry arrangement permanent, with four voting against. 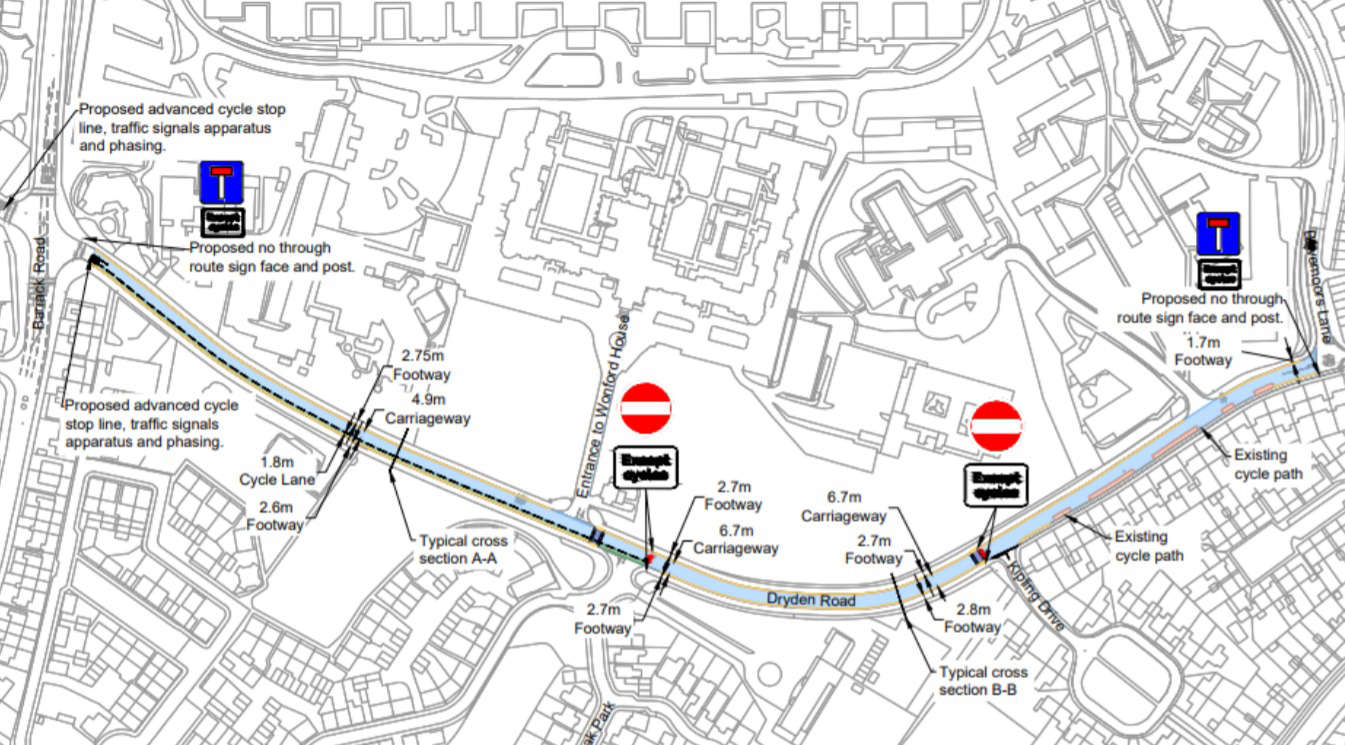 The approval was given despite the best efforts of former councillor Olwen Foggin, a former lord mayor of Exeter, who was recently made an honorary alderman of the city.

In a speech to the committee, she said: “All you are doing is pushing traffic on to main roads like East Wonford Hill, Topsham Road, Honition Road, Rifford Road and Burnthouse Lane – all major walking routes to Exeter’s school children who are being exposed to much higher pollution levels.

“Remember, whatever decision you come to today, lots of families are not in the same health and financial situation as you are, and they don’t live minutes away from the town centre, place of work or have a bus stop outside their front doors as many of you do.

“With the closed road they have to buy extra petrol when working across Exeter, because they have to drive further – a lot of money out of people’s pockets who have limited income.”

Alderman Foggin also cited a petition, signed by 828 people, against this and other temporary changes in the Heavitree and Whipton areas, some of which have since been made permanent.

Speaking in favour of keeping the no-entry zone, Councillor Danny Barnes (Labour, Heavitree & Whipton Barton) said: “I think we’ve got to really make clear that’s it’s not a scheme for cyclists, it’s a scheme for active travel more generally in Exeter. We’re not closing the roads, we’re making it safer and easier for people to walk and cycle.”

Explaining how the scheme goes towards meeting the county council’s active travel policy, Will Pratt, the council’s lead for transport, strategy and infrastructure delivery said it had a target of 50 per cent of trips in the city to be made by walking and cycling.

“That builds predominantly on Exeter’s excellent levels of walking – I think we’ve got the second highest nationally of all cities in the UK – and pretty good levels of cycling.

“However, to do that, we’ve taken a balanced approach. We’ve been trying to be quite ambitious on the streets we feel we can be ambitious but we are limiting or doing very little to impact on the capacity of the main radial roots.”

Whilst a majority of public respondents were slightly in favour of reducing through-traffic, stakeholder responses were less supportive of the current temporary scheme.

The Devon Partnership Trust raised concerns about the increased travel distance for transferring patients. The RD&E Hospital, while supportive of reducing through-traffic in principle, also had concerns including the impact of increased traffic on blue light services using Bovemoors Lane.

He said some of the closures had led to Exeter City Council having to close the gates to Heavitree Cemetery, “because the residents are driving through which they didn’t before, so I’m very conscious of unintended consequences with these changes.”

But fellow Labour member, Councillor David Harvey (Pinhoe) said: “The fact of the matter is, we have to do something. We simply cannot continue with this concept that the car, the motorised vehicle, is king – or queen if you prefer – and that we will continue with that process.

Eight members of the committee voted for the no-entry zone to become permanent, with four against.