Frantic efforts to save Flybe

By Sky News and Paul Nero 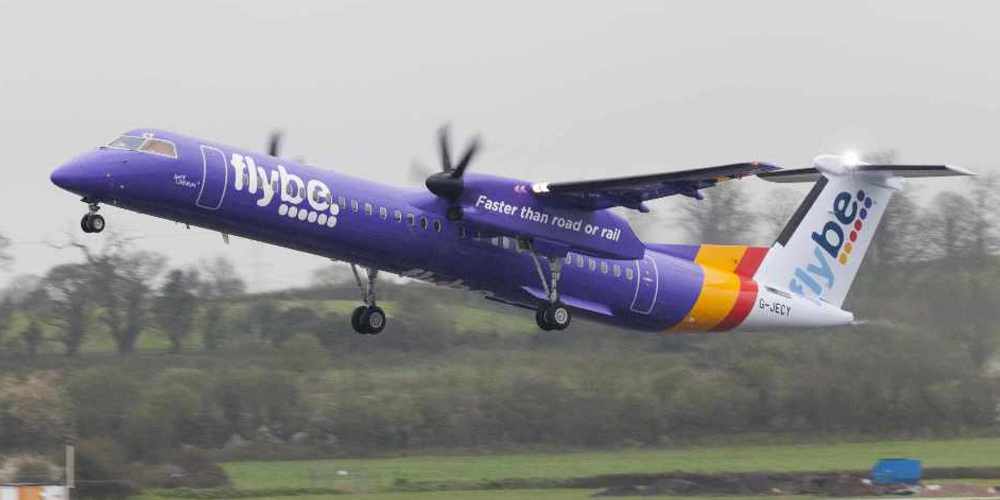 Exeter-based Flybe, which handles over half of Britain's domestic flights outside London, has been trying to secure additional financing amid mounting losses, according to Sky News. EY, the accountancy firm, has been put on standby to handle an administration of Flybe Group, according to aviation industry sources.

The government is understood to have been briefed on the crisis at Flybe in the last few days, with more than 2,000 jobs at risk if the company collapses. Last week, Radio Exe reported that it was thought a relatively small number of jobs were under threat because of restructuring. Clearly that changes if the whole company collapses.

One source close to Flybe said on Sunday night that the Department for Transport and Department for Business, Energy and Industrial Strategy had been working to determine whether the government could provide or facilitate any emergency financing to the company.

If Flybe is unable to stitch together a rescue deal, it would be the second major airline collapse in four months, following Thomas Cook Group's implosion last September.

Flybe operates about 75 aircraft and serves more than 80 airports across the UK and Europe.

In Britain, it has a significant presence at airports including Belfast, Birmingham, Manchester and Southampton.

Late on Sunday night, the airline tweeted: "Flybe continues to provide great service and connectivity for our customers while ensuring they can continue to travel as planned. We don't comment on rumour or speculation."

Cyrus Capital owned the largest share of a newly formed company called Connect Airways, with 40%, while the other partners owned 30% each.

The consortium had pledged to pump £100m into Flybe's turnaround plan, with the airline being rebranded as Virgin Connect from later this year.

Insiders said, however, that Connect's proposed financing requirements had become more onerous, potentially leaving Flybe on the brink of collapse.

Last week, the company said it was examining potential redundancies but insisted it was committed to maintaining its Exeter base.

It was unclear on Sunday how any rescue financing involving the government might be structured.

If a survival bid fails, however, it would embarrass a government buoyed by its numerous new Commons seats in constituencies located near some of the northern airports that Flybe serves.

The regional airline did come close to outright collapse a year ago amid an acrimonious takeover battle that left shareholders fuming that their equity had been left worthless.

That came just months after Flybe's board had rejected a 40p-a-share takeover bid.

Flybe launched a formal sale process in the autumn of 2018, blaming a toxic cocktail of currency volatility, rising fuel costs and Brexit-related uncertainty.

Stobart Group and EY both refused to comment on Sunday night.