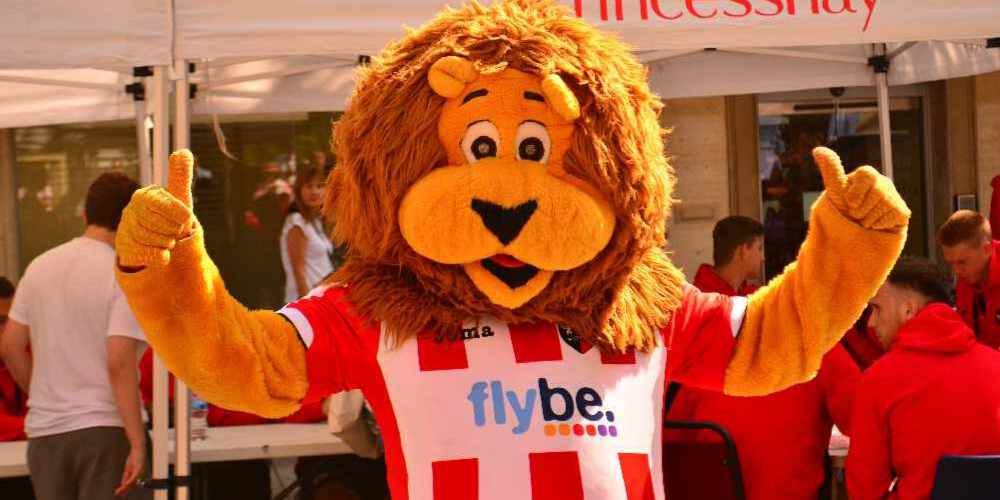 Julian Tagg (not pictured) said they have been a magnificent sponsor

Flybe’s collapse could make it harder for Exeter City to attract players to the club, Chairman Julian Tagg has revealed.

The airline have been sponsored the club since 2003 – the longest concurrent agreement in football league – but Flybe announced in the early hours of Thursday it had ceased trading with immediate effect and that administrators had been appointed.

Crisis talks were held throughout Wednesday to try to secure a rescue package, but no deal was agreed.

Speaking on BBC Radio 5 Live on Thursday lunchtime, Tagg said that Flybe’s collapse was devastating for the South West and its connectivity and that it could make life harder in the transfer market.

He said: “It does affect us in many ways but won’t affect the team directly in that way.  But of course, we have got players from all over the county and that [the airport] is one of the attractions. It is hard. We are down in the south west and out of the way and players can connect very easily back to Scotland, Manchester, Birmingham, so that from the point of view of attracting players in, it will I think have a degree of significance.

“We don’t very often travel [with Flybe] to games. We do use Flybe a lot for people coming to us but not very often for matches, only irregularly or when there is a cup match or when we flew to Liverpool some years back or for convenience. It does affect us in many ways but won’t affect the team directly in that way.

“The fans have a massive affection for Flybe and for away travel there are often fans going to games and vice-versa.

“We are connected to them and we are a supporter owned club and Flybe have become a part of that. We have worked very well with them and there is disappointment all around.

“Flybe have been an absolutely magnificent sponsor down the years, the longest sponsorship in football by some way, so this very sad for us and for the area. We want to support the area in every way we can and this will be significant as it is the connection into the South West.

“There’s not an airport at Plymouth and Newquay is a bit further down so it is hugely significant for the economy of the South West as a whole.”

Asked whether he had seen it coming, Tagg said: “There had been enough in the press and reports about it. I think everyone tried hard to keep it afloat but when you heard all the reasons about it and the coronavirus is the final straw. You could see it was getting more and more difficulty, and Flybe won’t be the only ones that are finding life difficult.”

The club’s sponsorship deal with Flybe is set to expire at the end of the 2020 season, and Exeter City Football Club declined to make any specific comment on what effect the collapse of Flybe would have when asked by the Local Democracy Reporting Service.