Grecians held to yet another goalless draw 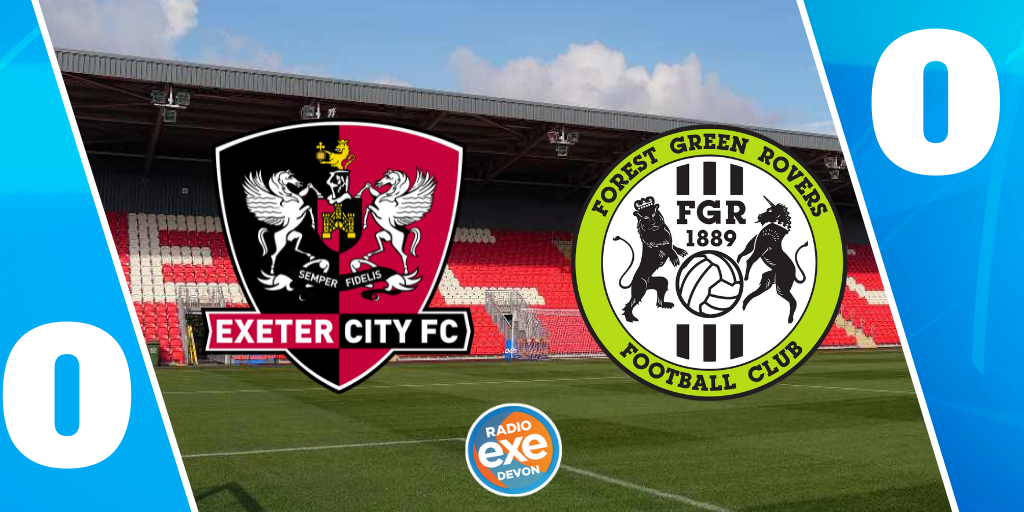 Despite plenty of chances

Forest Green Rovers' draw away to Exeter City meant they lost their place at top of the table to Harrogate.

The Wealdstone Raider's famous words from a few years back was clear in Rovers' case - a reference worth googling for those confused. The away end of St James Park only had 185 fans.

Exeter's Cameron Dawson worked wonders, as always, in today's match. An early chance for the away team saved by the Sheffield Wednesday loanee. The game was full of saves of this sort.

Four minutes later, Matt Jay was on course for a goal - but was denied the chance by Luke McGee

There were two injuries in the first 15 minutes of the game. City's Alex Hartridge clashed heads with Kane Wilson. At first, it looked like Wilson was worse off, with not much movement from him laying on the field. He quickly turned things around. Hartridge, on the other hand, spent the rest of the match with a bandage wrapped around his head.

It was an eventful first half. Sam Nombe even lost one of his boots - but he was still determined to play with just the other one.

In the closing minutes of the first half, both Luke McGee and Ben Stevenson went down after a rapid Exeter City attack from Sam Nombe - this time with two boots.

The second half was just as eventful as the first. Josh Key ran the ball down the right in a 1v1. He successfully passed to Taylor, who smashed it wide.

Ten minutes later, Sam Nombe ran through the centre with the ball but narrowly put it wide.

Within minutes of Atangana coming on, he attempted to go for gold but smashed it into the Big Bank.

There were lots of chances in the closing minutes, including one for Jake Caprice, but that was another fired into the Big Bank.