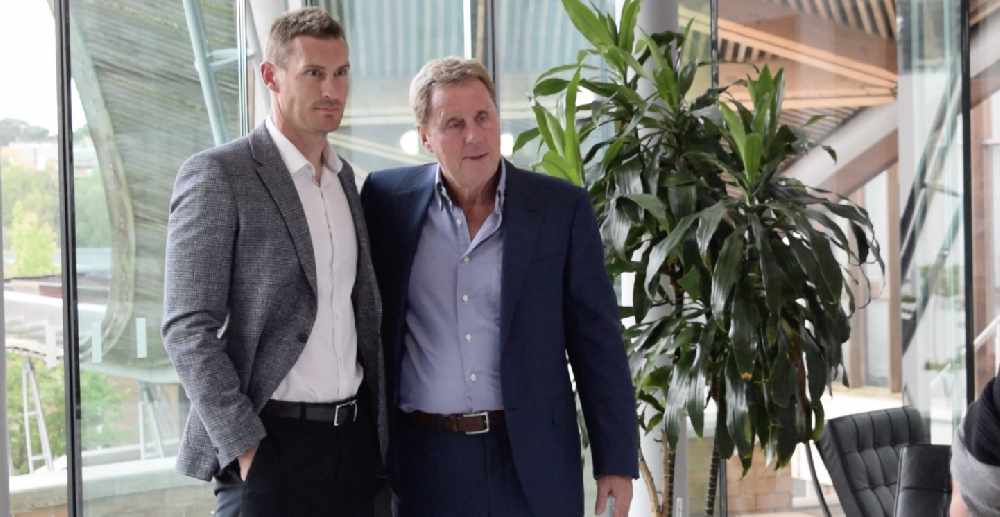 Paul Tisdale, the former longest serving manager in English football, left Exeter City to join MK Dons after 12 years in charge of the Devon club. During his time at St James Park the 46-year-old led his side from the Conference into League One with back-to-back promotions, and most recently, he took Exeter to Wembley twice for the Play-Off final in 2017 and 2018.

Following the departure of Tisdale last year - Matt Taylor, who previously managed Exeter City's Under 23's, was appointed first team manger on June 1st 2018. And Taylor's first season in charge was a good one - despite agonisingly missing out on a play-off place by one point.

The 37-year-old's second season in charge starts in a few weeks - and he has the backing of England football legend Harry Redknapp, who won the FA Cup with Portsmouth in 2008 and managed Tottenham for four years. Redknapp believes he'll follow in the footsteps of Tisdale and achieve great things with Exeter City.

Redknapp, winner of popular television programme I'm a Celebrity Get me out of Here, visited Exeter University on Saturday (22nd June) as part of his UK tour - 'An Evening With Harry Redknapp.'

Speaking to Radio Exe before his event, Redknapp said: "I know Exeter City were close to promotion last year. With a little bit of tweaking, I'm sure Matt Taylor will get it right. He's a good young manager.

"Exeter City are in good hands - and they have been for many years. Paul Tisdale was a great manager here for 12 years, and I'm sure Matt will be the same."

Redknapp is no stranger to St James Park. He's taken his teams here before, most recently with QPR in 2013, who comfortably beat the Grecians 2-0.

"I love coming down to Exeter, he added. "I really enjoyed playing them. Over the years, I think I've brought all the teams I've managed here for pre-season. We stayed at Woodbury Park, trained, and played City in a couple of games on the way home."

Exeter City's first game of the League Two season is against Macclesfield Two on August 3rd. Follow Radio Exe on Twitter and Facebook for regular  match reports and interviews.