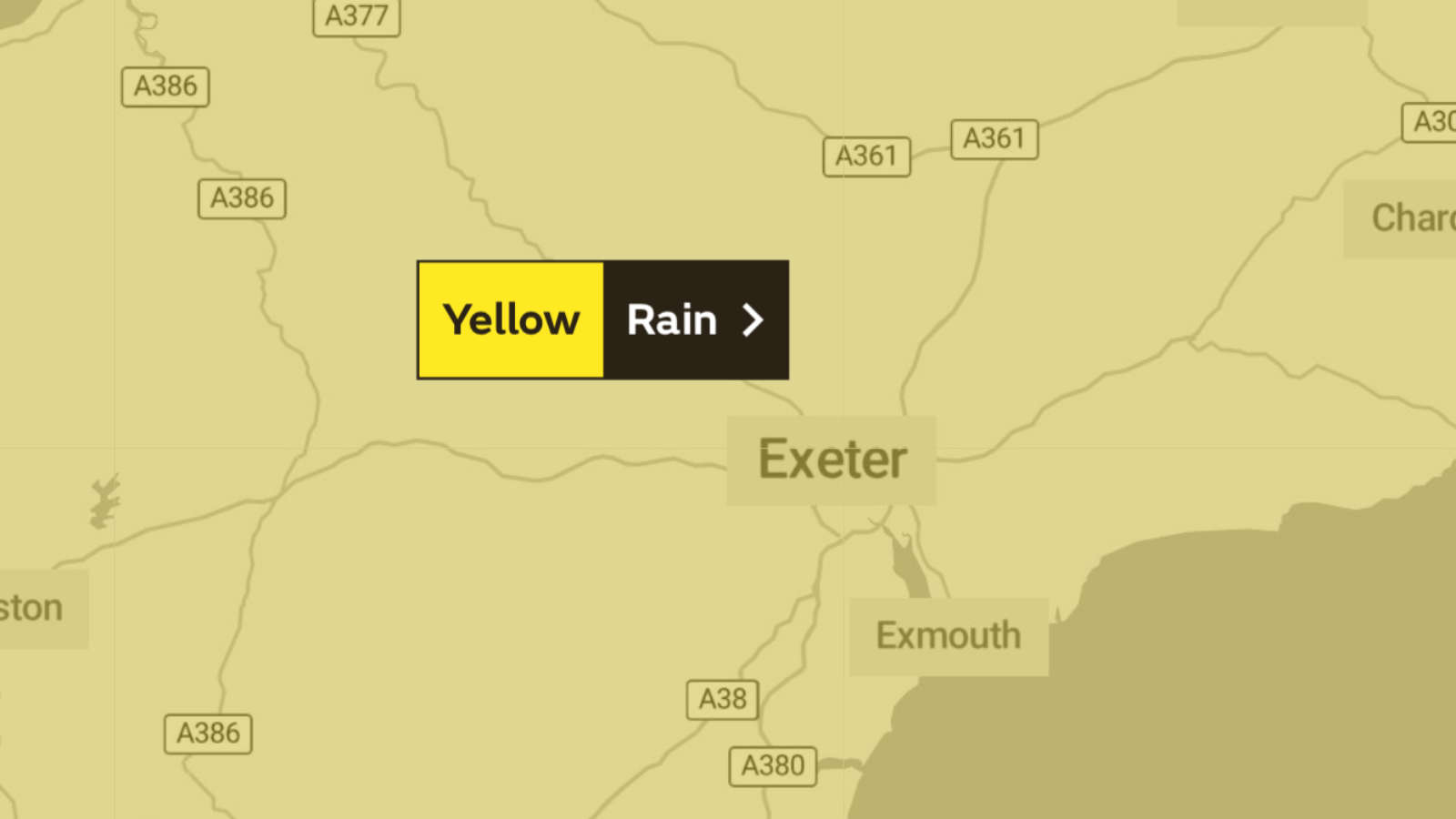 Weather alert in force from Saturday

A yellow weather warning for rain has been issued for Devon as the current heatwave breaks up into more unsettled weather over the weekend.

The weather alert will be in force from early on Saturday to midnight on Sunday.

Heavy thundery showers are expected to break out over the course of the weekend, especially on Sunday when these could be widespread and torrential in places, says the Met Office.

The warning comes as western areas of the UK continue to deal with an amber heat warning, which is due to expire for the southwest on Thursday night.

Met Office Deputy Chief Operational Meteorologist David Oliver said: “This yellow rain warning comes as temperatures are set to dip for many areas over the weekend. A spell of rain, heavy in places perhaps with some thunder, moves in from the southwest late on Friday and into Saturday.

“This is followed up by an unsettled weekend for much of England and Wales with showers breaking out widely. Some very heavy showers or thunderstorms are on the cards, especially during Sunday. However, farther north it is set to stay mainly dry with some fine weather, although it will not be as hot as has been seen recently.”