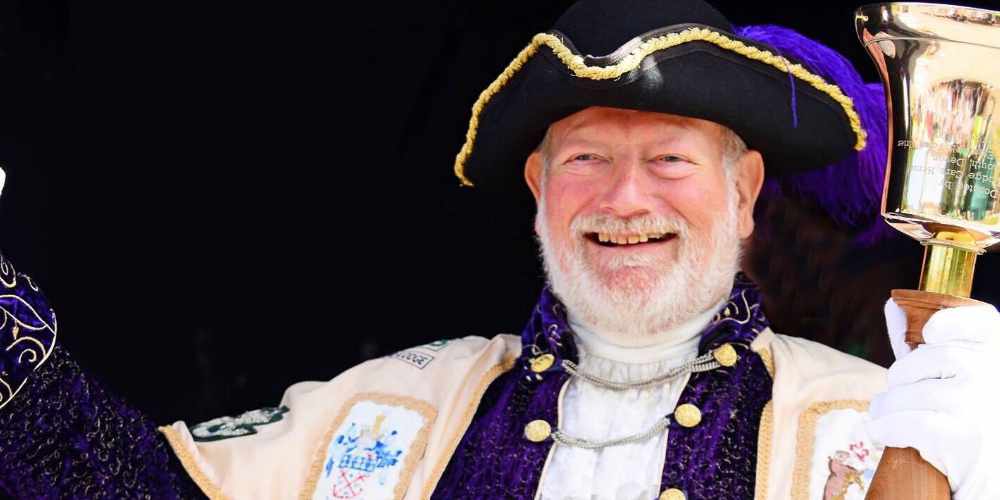 Exmouth town crier Roger Bourgein is lucky to be alive after being the third person in the county to contract coronavirus.

He was treated in a secure intensive care ward at the Royal Devon and Exeter Hospital with no family of friends allowed to visit for 11 days.

After day six, Mr Bourgein doctors told Mr Bourgein there was nothing else they could do for him. He says:“I didn’t feel fear though. I wasn’t afraid at all. I just remember thinking, I’m going to die”

Ten days in, Mr Bourgein started to recover his sense of smell and taste. He was taken off his ventilator and allowed to return home in time for his 73rd birthday that same day.

As the Exmouth town crier, he can often be seen on Exmouth Strand. He says he often greets more than 500 people a day, so he wasn’t surprised to catch the illness, but suffering from Type 2 Diabetes puts him in the “at risk category”

“When I was discharged, we drove past Exmouth beach on the way home and there were hundreds of people there. I remember saying to my daughter, who has been a lifesaver to me, that some of those are going to die because they were not getting the message that this virus kills.

“If you’re born in the westcountry, you might not understand the metric system. Learn what two meters is and stick to that as the minimum because when you see the amount of people - young, old, healthy and doctors - who have died it is truly frightening”