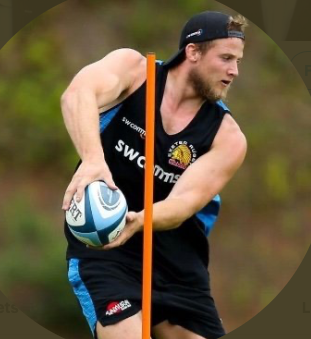 Joined by Slade and Williams

Exeter Chiefs Jonny Hill will make his England debut at the Guinness Six Nations tie against Italy on Saturday.

Fresh from helping the Chiefs to lift the Gallagher Premiership and Heineken Champions Cup in recent weeks, the 26-year-old forward will now get to pull on an England jersey for the first time.

Hill will be joined by Henry Slade, but there is no place in the match-day squad for prop Harry Williams he'll be on the bench

Both players will lead England out at the Stadio Olimpico. England need a bonus-point win to put them in contention for winning the tournament, depending on the result in France versus Ireland, which follows the game in Rome.

Eddie Jones, captain of the England team said: “We’ve trained with good intensity this week and the squad are excited by the challenge of performing at our best against Italy. The team have prepared well and are looking forward to putting on an England shirt and showing what they can do.