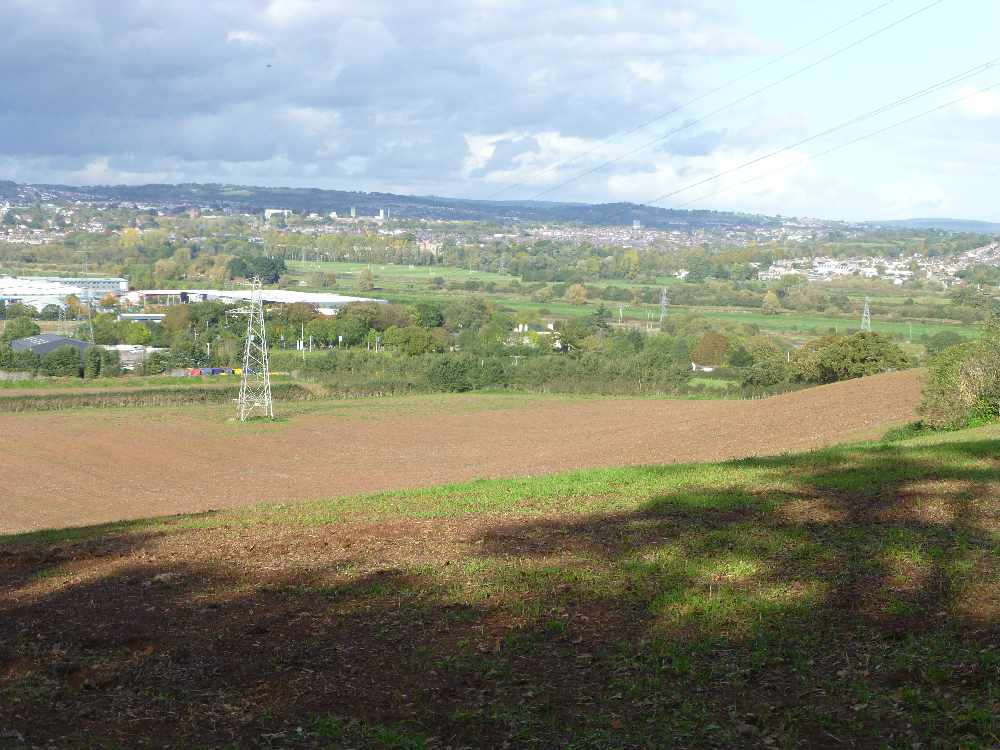 One day all this will be housing (courtesy: Devon County Council)

Councillors hot under the collar

Developers have been slammed for putting ‘profit before planet’ as councils serving the South West Exeter area decide to shelve planned heating system.

The scheme was designed to cut carbon emissions and reduce heating costs for future residents, but because most developers are unwilling to absorb additional costs, it is now likely to go ahead with less energy efficient heating systems.

Although average house prices have risen by £25,000 per plot in Teignbridge over the past year, the majority of housebuilders involved at South West of Exeter were not prepared to pay an additional £2,000 a plot in costs, despite the benefits of a 70 per cent cut in carbon emissions compared with gas boilers.

Although smaller developers such as locally based Cavanna Homes demonstrated its green credentials by supporting the scheme, the lack of sufficient housebuilder support means the proposed heating system using heat generated from waste won’t go ahead in the same fashion.

Cllr Alan Connett, leader of Teignbridge District Council, and Devon County Councillor for Exminster, is disappointed at the impasse. He said: “It seems to me that the developers are out of step with the public mood which understands the importance of doing everything we can to tackle climate change.  Their actions do not seem to reflect the commitments in their annual reports to deliver low carbon developments.

“Sadly it seems that despite huge increases in returns over the past year due to the housing boom, many developers have taken a shortsighted view, preferring to maximise profit before cutting carbon emissions and protecting the planet for future generations.

“We would have invested £3,000 a plot to achieve this fantastic carbon cutting scheme but the developers will not meet us even part way. Their decision makes it worse for the climate and future residents will also likely face higher heating bills as a result of this decision.”

Cllr John Hart, leader elect of Devon County Council, which is responsible for the Energy Recovery Facility site, added:  “It is very disappointing that this scheme, to include the district heating system, is not going ahead because it would so clearly help address the Devon climate emergency.  I am extremely keen to make use of the surplus heat from the waste to energy plant, and hope to see it being used in future housing projects.”

The proposed carbon cutting heating system wwas supported by a consortium including Teignbridge District Council, Exeter City Council and Devon County Council. Due to the benefits of tackling climate change, the £23 million project would have been backed by the three councils with up to £7.3 million funding – the equivalent to £3,000 a plot.

The scheme for 2,500 new homes, shops, community facilities and a new school campus near Exminster would have taken heat from the Viridor Exeter Energy Recovery Facility at Marsh Barton. Annual carbon savings of 2,500 tonnes would have been made as well as lower energy costs for homebuyers.

In addition to the £7.3m contribution, Teignbridge was going to make a £50,000 advance payment for preliminary infrastructure.