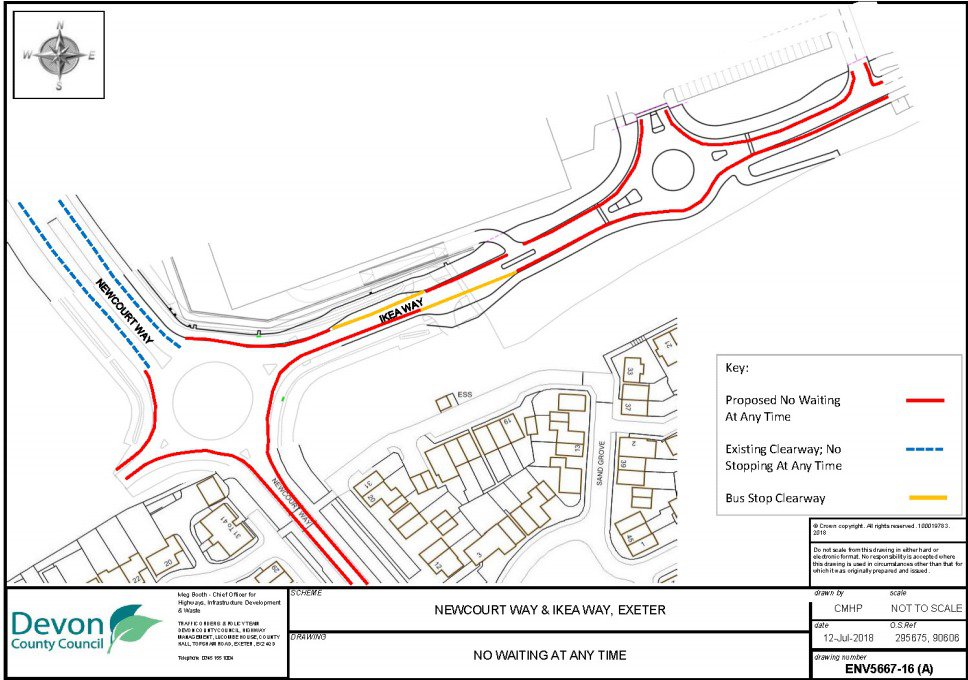 Double yellow lines will be painted on roads in Newcourt area

Councillors approved a series of double yellow lines on the main roads and side-road junctions and were told people living in the area are to be asked if they want a residents’ parking zone.

The “No Waiting At Any Time” restriction around junctions is designed to avoid problems cause by IKEA customers and match-day visitors to Exeter Chiefs at the nearby Sandy Park stadium.

Councillors on Devon County Council’s Exeter highways committee were told: “The proposal is for restrictions to protect the junctions where parking should not take place as per the highway code.

“Residents are to be consulted about a residents parking scheme which may further tackle IKEA and matchday parking.

“It is considered that the restrictions are appropriate for the route but will be monitored and can be reconsidered as part of a future review if problems arise.”

Two local residents who responded to the consultation said the measures did not go far enough.

One asked for restrictions on the full length of Albatross Road and Hook Drive.

Another said the restrictions should go further into the side roads to better protect the junctions.

IKEA opened in May, and  pictures during a ‘peak’ weekend at the store in July showed shoppers parking in front of houses in the area.

Residents in Newcourt called for action to enforce parking restrictions.

The reason given was to stop “inappropriate and obstructive parking that causes traffic to queue.”

One also asked for a pedestrian crossing, but councillors were told there was not enough demand “outside school times” to justify the expense.

Councillors were told that traffic calming would control speed.

A report said it was right to remove parked cars which caused congestion on a route used by buses and as an access to the Digby rail station and park and ride.