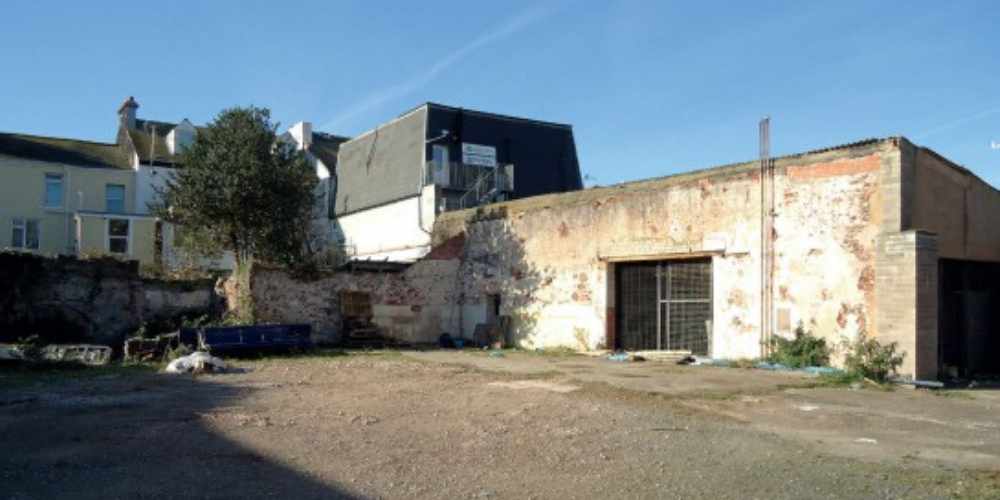 It's hoped the Premier Inn will help regenerate the area

A new Premier Inn for Teignmouth as part of plans to regenerate the derelict Brunswick Street site has been officially confirmed.

The 66-bed hotel will also feature a Beefeater restaurant, providing Teignmouth with around 50 new jobs.

A legal agreement between Teignbridge District Council and Whitbread plc to build the new hotel has now been signed.

Cllr Gordon Hook, leader of the council, said: “This is a very exciting milestone in the economic growth of Teignmouth – and proof that Teignbridge District Council quite literally means business. The hotel plan is a tangible symbol of our determination to uplift the area through a number of other less high-profile but nonetheless effective moves.

“Redeveloping this plot of land will do so much more than refreshing this tired site. It is a major project that will be the focus of our regeneration of the town centre, bringing this area back to life and giving a vital boost to Teignmouth’s tourist industry and its economy.

“We’re looking forward to working with Premier Inn on the specification and design of this exciting new build and to collaborating with many other partner organisations on the wider regeneration of this important area.”

The hotel development is part of a wider regeneration plan for the Brunswick Street area of Teignmouth, which also includes:

Plans by Teignbridge District Council to demolish the former Swanson workshops and for the creation of a 20 space car park have already been submitted and are awaiting determination.

It follows the council’s executive earlier this year agreeing to move forward with the idea of building the hotel. The spent £85,000 preparing a business case which has shown that the plan is viable.

The project will go forward on a self-develop basis. Teignbridge District Council will construct the hotel to a specification agreed by the hotel operator and then the building will then be leased to Whitbread for a minimum of 25 years.

Subject to planning permission being secured, building work could begin next year, with the hope that the hotel could open as early as 2021.

Paul Smith, Acquisition Manager for the South West at Premier Inn, added: “We’ve been working closely with Teignbridge District Council to get this deal over the line and are really excited about the prospect of bringing a brand new Premier Inn hotel and Beefeater restaurant to Teignmouth.

“If approved, the hotel would operate year round, helping to support the local economy by encouraging visitors to Teignmouth across all four seasons and we’re confident a new Premier Inn would be a great addition to the town.”

The new Premier Inn is one of a number that the hotel chain are set to open in Devon.

A new Premier Inn is set to open in Tiverton on November 8, while work has begun on an £11m, new 120-bed Premier Inn, at the junction of The Terrace and Montpellier Road in Torquay.

A new 80-bedroom Premier Inn on the edge of the A38 in the Dartmoor National Park in Ashburton has also been proposed, but planners had recommended it be refused ahead of a meeting earlier this month. The application was then deferred as late information relating to a Habitat Regulations Assessment had been submitted.

South Hams District Council and Kingsbridge Town Council are also set to launch a consultation around plans for a Premier Inn for the town. South Hams District Council’s executive earlier this year supported the principle of plans for a brand new 85-bedroom hotel to be built on a derelict site behind the leisure centre near Rope Walk. Premier Inn want to work with the council by running an 85 bed hotel on the site at a cost of £10m from the Council and a further £10m from Premier Inn

The Premier Inn proposed for Teignmouth would be one of two hotels in Teignbridge that the council are set to ‘self-develop’, with a similar scheme in the pipeline for the Halcyon Road car park in Newton Abbot.

The 115 space car park is set to be turned into a 72-bedroom hotel within the next 18 to 24 months, and then leased out to a national chain operator.

When the scheme has backed by the council in March 2019, it had been hoped work could commence by the end of the year.

Teignbridge District Council has been asked for a latest timescale for the Halcyon Road car park hotel scheme but has not yet provided an answer.

When work on the Newton Abbot hotel begins, it would see the closure of the livestock market as the cattle pens will be converted into park.

There has been a livestock market in Newton Abbot since 1221 and it moved to its present location in the centre of town between Asda and the multi-storey car park in 1938, but the market is due to close once a proposal for the site is brought forward, as the site has been agreed for development in both the Local Plan and the Masterplan for the town.