More than 40% of Devon "rubbish" could be recycled 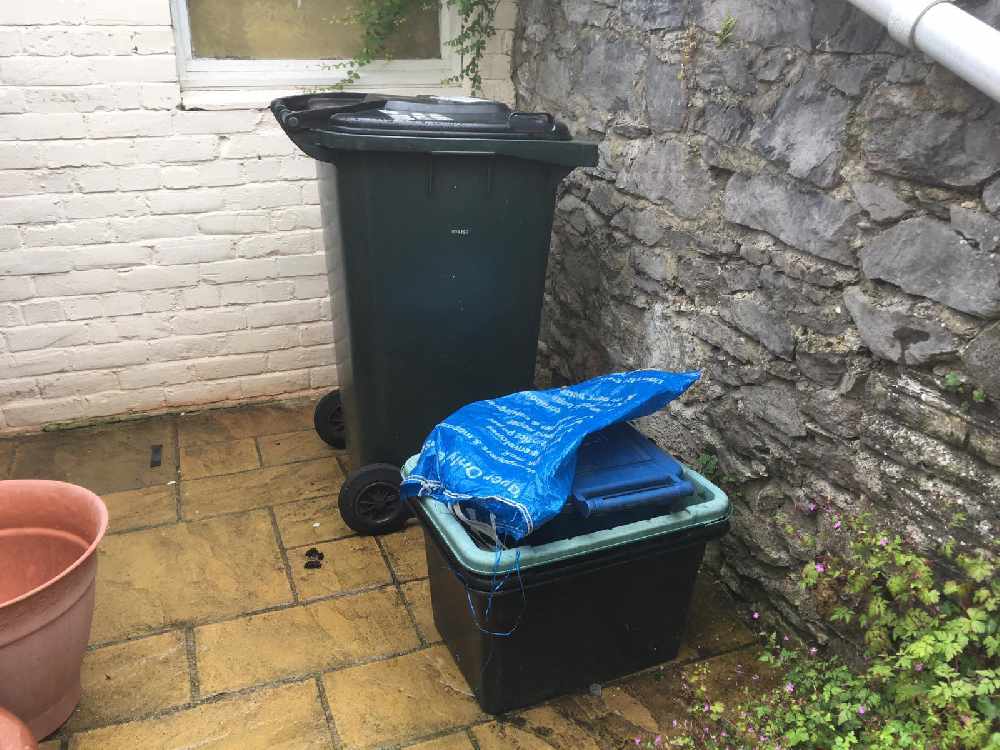 She said that the recent findings showed that across the county, 40.8% of the contents put into the residual bins were recyclable.

This is the equivalent of 56,000 tonnes of materials and if all Devon householders recycled all of this material, the recycling rate would rise to 71%, rather than the current 54%.

She added that the cost of the 56,000 tonnes going for disposal instead of recycling is approximately £6.7 million, while the potential loss of income from the glass, paper, card, metal, textiles and plastic that could have been recycled was more than £1 million.

The presentation showed that 30% of all materials found in the residual bins were kitchen organics, the majority of which is food that could have been recycled. A further 10.8% was paper, with 7.6% dense plastics, 6.8% plastic film, 4.7% card and cardboard, 5.2% being textiles and 3.3% being glass.

In total, 40.8% of the materials could have been recycled, had residents placed them in the correct bin.

The committee also heard that 17% of the household waste creating in Devon in 2017/18 was going to landfill, but that would be dramatically reduced in future figures following the opening of the new waste transfer station at Brynsworthy to process residual waste collected from households in North Devon and Torridge that had been going to landfill. A further 28% was recycled, 26% composted and 29% going to energy from waste plants.

In future, only around 10,000 tonnes per annum of waste will now sent to landfill – with 150,000 tonnes diverted from landfill due to the new waste transfer station at Brynsworthy – but the committee heard that some landfill capacity will always be required.

The meeting also highlighted key aspects of the Government Resources and Waste Strategy published in December 2018 and the four subsequent consultations.

The consultation on Consistency in Household and Business Recycling Collections in England hopes to introduce a core set of dry recyclables from the kerbside for all councils, which could include a separate weekly food waste collection, a free garden waste collection, standardised bin colours and sizes and residual waste collections to take place at least fortnightly.

But councils across Devon have already raised concerns about the implications of introduction of consistent collections across the entire country.

East Devon District Council currently collects residual, non-recyclable waste, once every three weeks and recycling rates have risen more than 10% since making the change in 2017, and when discussed by their cabinet earlier this month, councillors said the proposals that could force them to collect residual waste fortnightly again were a nonsense and would have significant cost implications.

And Teignbridge District Council heard that free garden waste collections would not only see it lose the £750,000 income stream it gets for charging for it, there would also be additional costs in terms of more crew and vehicles.

Exeter City Council has the lowest recycling rates in Devon – just 30.8% – down 0.8% on the previous year – but currently only collects dry recycling fortnightly and food waste is currently not recycled.

But Cllr Phil Bialyk, leader of the council, recently revealed that big changes to waste management were planned, saying: “We have some proposals coming forward which hopefully will see the introduction of kerbside glass and food waste collections.”

On Tuesday night, the council’s place scrutiny committee will consider Options for Investment in Exeter’s Kerbside Recycling Service, although the discussion will take place with the press and public excluded