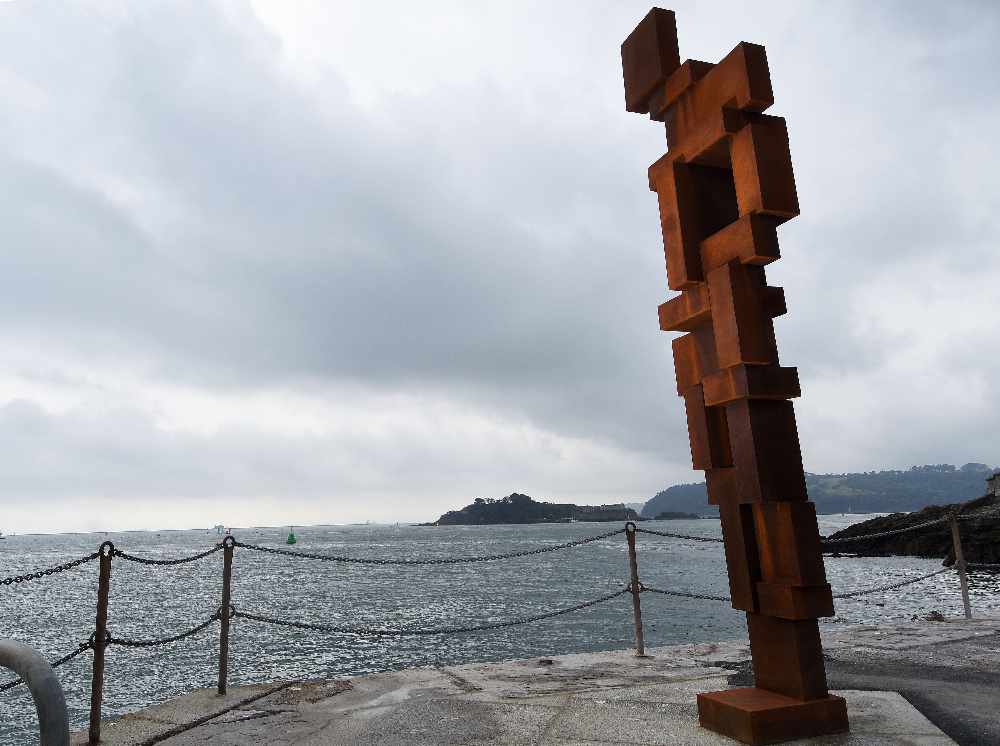 A councillor for Plymouth’s waterfront is seeking more information about what can be done to deter people jumping into the sea from the Look II statue on West Hoe Pier.

The councillor for the St Peter and the Waterfront ward said the issue of people jumping into the sea was a difficult problem to solve as some ignored safety warnings about the risks. He said he would be in touch with the relevant council team about what had been reported at the pier.

The statue by artist Antony Gormley was unveiled on the pier in September to mark the Mayflower 400 anniversary and the opening of The Box, the city’s museum and arts centre on North Hill.

The risk of people climbing on the statue was raised before it was installed. It is monitored by a CCTV camera and a sign warns of the danger of death from jumping off it. Public access to the pier is used by anglers.

He added: “I think the main thing is that the authorities are aware of it, and they will deal with it within the rules and laws that they are able to. You can’t outlaw people jumping in the water. We can’t patrol the whole of the foreshore, unfortunately.”

The cost of the statue, given the nickname Rusty Reg, has proved controversial after it emerged that the total bill including installation and repairs to the pier added up to £764,038.

The money came from £9.5 million capital funding for the Mayflower 400 programme, with £5 million from the city council and the rest from grants.

Supporters say the work by a well-known artist has brought global attention to the city. They argue it has boosted tourism and stimulated debate about public art. Opponents argue it was a waste of public money, with senior Conservative councillor Patrick Nicholson describing it as a “rusty wreck”.

The artwork, weighing almost three tonnes, is made up of 22 blocks cast in a single piece and is designed to weather naturally, giving it a rust-coloured finish.

Comments on a Facebook post about the tombstoners called for the return of diving boards which were closed in 2003, and finally dismantled in 2010. A campaign to bring them back to the Hoe was supported by a petition with more than 6,000 names in 2014.

The boards had a depth marker as a safety guide and backers say they would be safer than youths jumping into the sea from the rocks.

The city council has announced a plan to install floating pontoons as platforms for swimmers to be moored off Tinside Pool.