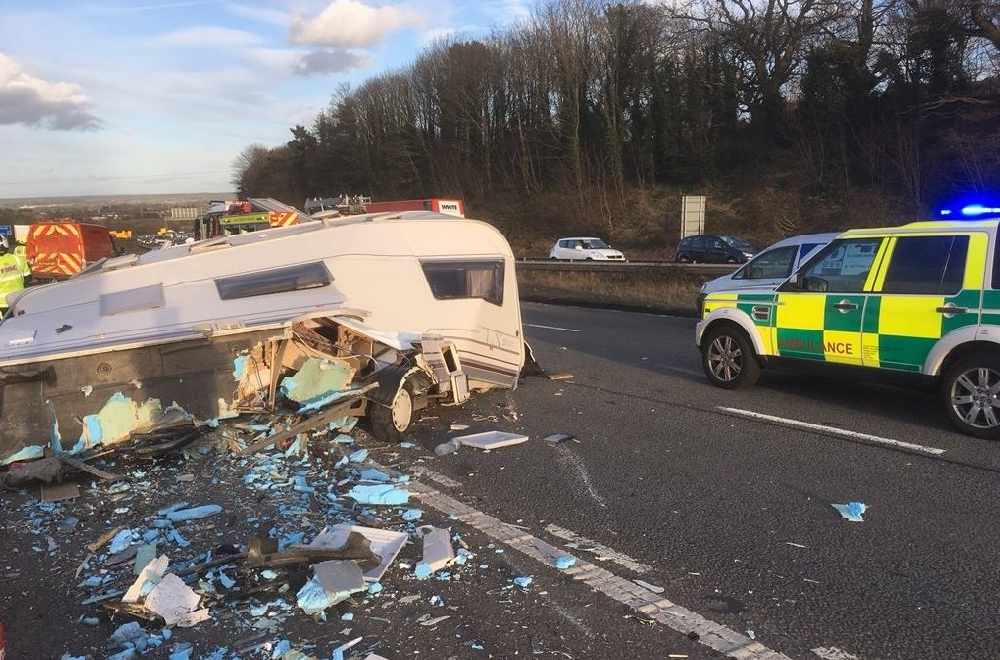 The figures show that 21 of the 52 collisions took place on ‘unclassified’ roads in the region, while nearly half of the incidents took place between May and August.

However, the data only records incidents in which there has either been an offence committed, allegations of an offence have been made, other emergency services were called to the scene of the collision, or it was a single vehicle collision where it had lost control.

Of the collisions, a further four took place on the A30, three of the M5, four on the A39, while six happened on the A38.

The table below shows collisions involving caravans from August 2015 to July 2018, including the collision road. The involvement in the collision does not indicate fault on behalf of the caravan owner

Damage only Road Traffic Collisions (RTCs) will not be recorded unless there is a clear and specified purpose for doing so, specifically:

Non-injury road traffic collisions will not be recorded or investigated unless one or more of the following conditions apply: