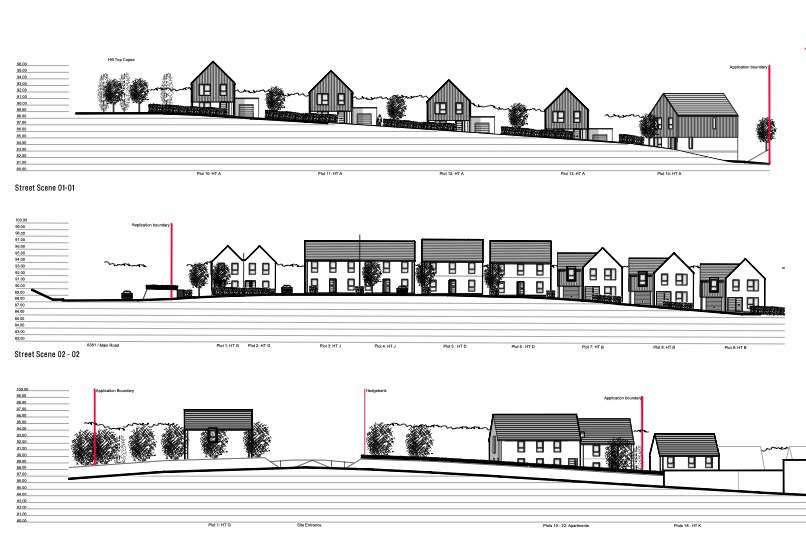 Plans to build 21 houses in Salcombe have been deferred after councillors felt they failed to meet the needs of local people.

The proposed site is outside the main built-up area of Salcombe and on elevated land.

SHDC has already proposed conditions that would have ensured the new homes are used as a principle residence rather than second homes, the developers pay £8,550 towards secondary school transport and £43,382 toward Open Space, Sport and Recreation (OSSR).

But some councillors felt several of the properties fell short of acceptable standards; with one of the affordable homes – designed for two people – having a total flood area of 50 sqm.

Cllr Judy Pearce (Cons, Salcombe and Thurlestone) told the committee about some of her concerns.  “As an allocated site, it’s probably not bad enough to refuse, but it could well be deferred to get a better result,” she said.

“Over the protracted life of this application and its predecessor application – eventually withdrawn – so far only threats of refusal have produced improved results.

“But in my humble estimation, we’re not quite there yet.

“It’s not right that people who need to live in affordable housing should be relegated to cramped living conditions. They deserve better than this offer.

“We achieved a better result in Kingsbridge recently by deferring and asking the developers for improvements.

“I urge you members, please try it again. This time in Salcombe.”

A majority of members voted to defer the application in the hope of forcing the developers to amend or compromise some of the plans.