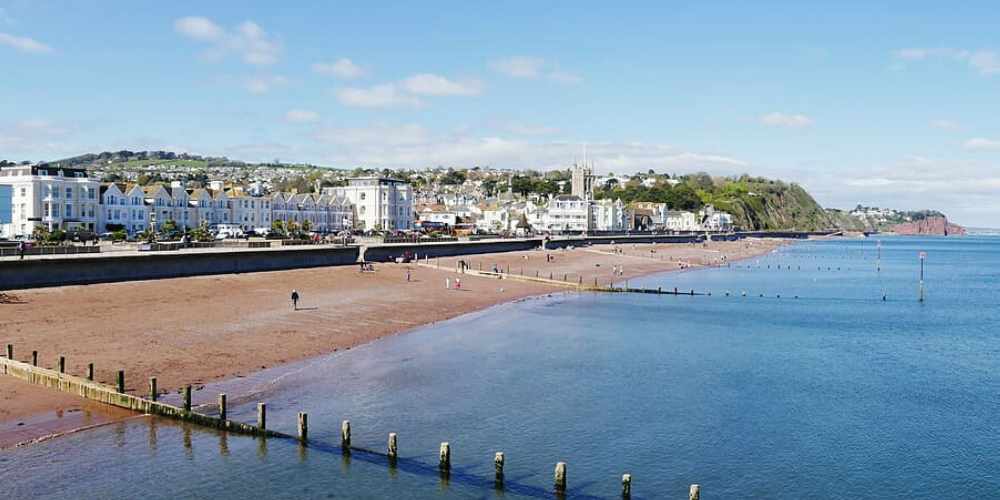 A consultation has now begun and runs until 27 March

A ‘tourism tax’ to help protect Teignbridge’s coastal areas and make sure facilities keep pace with high visitor numbers could be introduced in time for this summer.

Teignbridge District Council is consulting on an idea to ask all guests staying in accommodation within a mile of the Teignbridge coast to pay an extra £1 per night, per room.

The voluntary donation which would help fund conservation and tourism related projects, would apply to hotels, holiday parks, B&Bs and Airbnbs within one mile of the coastline.

Money raised through the scheme would then be spent on improving and protecting the coastal areas and on facilities for tourists, such as beach showers and lockers, cycle parking lookout points, or lifeguard coverage.

Teignbridge, which has beaches at Shaldon, Teignmouth, Dawlish and Dawlish Warren, attracts thousands of visitors each year.

The ‘tourist tax’ would apply to all hotel guests regardless of whether they were local or overseas visitors.

Edinburgh City Council recently became the first in the UK to pass the laws, even though they cannot come into effect until the Scottish Parliament has passed enabling legislation.

The Edinburgh’s transient visitor levy proposals include a £2-per-night charge added to the price of any room for the first week of a stay and it would apply to all accommodation, including Airbnb-style short-term lets.

A consultation has now begun in Teignbridge and runs until March 27, 2020, after which feedback will be considered before the council decides whether the idea of a voluntary visitor giving scheme in Teignbridge is worth pursuing.

At the same time, accommodation providers will also have the chance to indicate if there is support for introducing a tourism business improvement district (T-BID) similar to that in Torbay, where a levy is applied on businesses in the tourism sector through local rates.

Cllr Nina Jeffries, Portfolio holder for Business, Economy & Tourism, has urged people in the tourism industry to give the council their views, and said: “The coastal contribution idea would, if implemented, be a tangible way for people who visit and love the area, to gift in a focused way. This initiative could provide additional support for much needed amenities around our coastline, helping to keep improving the visitor experience and supporting environmental projects essential to maintaining the attractiveness of the coastline.”

Explaining how the ‘coastal contribution’ idea would work, details on the Teignbridge District Council website state that it is a proposed visitor donation scheme which would work by asking paying guests at participating accommodation providers, within one mile off the Teignbridge coast, to voluntarily pay £1 per room per night, capped at £3.

A council spokesman added: “Our coastline remains a popular tourist destination for both UK bound visitors and increasingly for international tourists. Although this is good news for the local economy, we want to ensure the coastal areas remain protected and equipped to deal with higher visitor numbers.”

The council spokesman added; “The money raised will not be used to substitute or top-up existing council budgets.”

If backed by providers and then subsequently by councillors, an open and transparent committee of officers, councillors, businesses and other partners would manage the project and decide where the money is spent.

Donations would either be collected through online booking systems or at check-out using cash boxes, with the donations to be sent electronically through an online payment system either monthly or quarterly.

Guests, day visitors and other contributors will also be able to pay directly through the online payment system.

With support from accommodation providers through this consultation, we aim to get the scheme up and running by Spring/Summer 2020, the council website states.

In Scotland there has been consultation held looking at whether a Transient Visitor Levy (TVL) could be introduced as a tourist tax.

And Edinburgh City Council has said that if allowed it would introduce the charge with a £2 per night room charge. It says that it would raise an additional £13.6million for the city.

Supporters in Scotland have called for the levy in the city to help tackle issues with public transport which are caused by a huge influx of visitors.

Edinburgh City Council has endorsed the plans but has to wait for legislation to be passed before it could be introduced. Under the proposals it would apply to all accommodation – including AirBnB type providers – but would not apply to campsites.

In England Bath has lobbied the Government to allow it to charge a tourist tax with proposals for a £1 per night charge. Similar plans have also been considered in Oxford.

Last February, then leader of South Hams District Council John Tucker floated the idea of considering a ‘tourism tax’ for their district, but no further discussion of those plans has since taken place.

Cornwall Council are also working with the Local Government Association to see whether a ‘tourism tax’’ for the county would work.