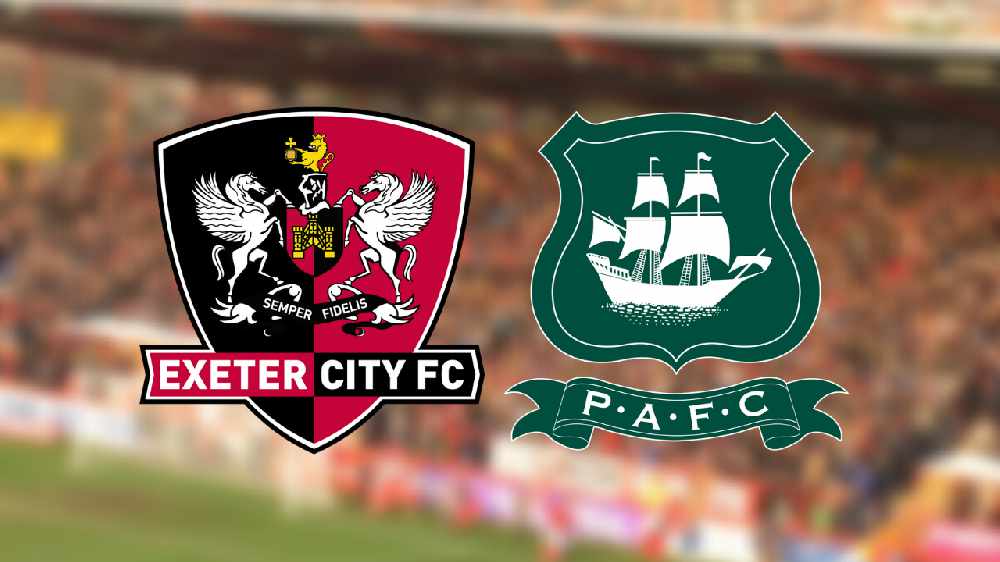 Exeter City v Plymouth Argyle is one of the biggest rivalries around - and they go head to head tomorrow afternoon (Saturday 26th October) in League Two.

Ahead of the 1pm kick off at a sold out St James Park, there will be a temporary traffic regulation order - closing St James Road from noon to 4pm.

Plymouth Argyle have been given an allocation of 1,150 tickets in the 8,720 capacity stadium. After the final whistle, Argyle fans will be given a police escort to the train station.

Devon and Cornwall Police say there will be a "considerable increase in policing" ahead of the high anticipated encounter. Chief Inspector Tom Holmes, the officer in charge of the operation, said: “Police are preparing to welcome several thousand football fans to Exeter for this game and are planning with our partners, including Exeter City and Plymouth Argyle football clubs, to deliver a safe and friendly community event.

“We are making a strong suggestion that fans without tickets do not attend the ground, as there will be no ticket sales on matchday and we hope that everyone attending the match has an enjoyable day – whatever the result!”

⚽ @DC_Police Chief Inspector Tom Holmes says there will be a considerable increase in policing ahead of tomorrow's #DevonDerby between @OfficialECFC and @Only1Argyle.

Listen to his short interview below. #ECFC | #PAFC pic.twitter.com/OrAw0sAymg

Despite a brilliant start to the 2019/20 campaign, the Grecians come into the game having suffered back to back defeats against Cambridge and Scunthorpe - conceding seven goals in the process.

Argyle, however, are in fine form. Ryan Lowe's side remain undefeated this month - including an impressive 4-0 win against Leyton Orient and 2-0 win against Carlisle.