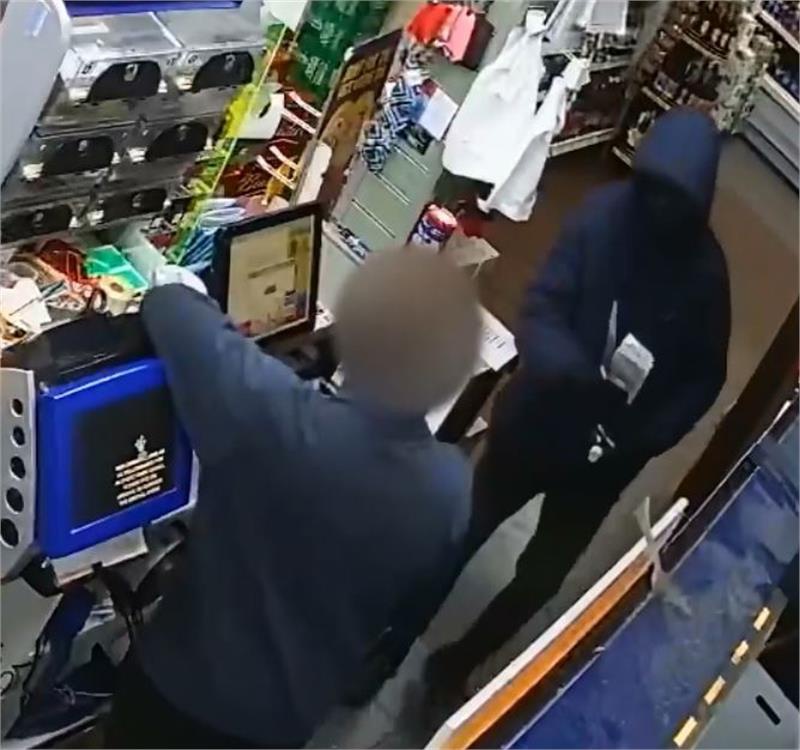 Man was wielding a knife in Valentines Day incident

Officers have published CCTV after a robbery in a North Devon Village on 14th February 2019.

Detectives hope the video can help them identify the masked offender who left a cashier at Central Convenience Stores badly shaken by the incident.

A man entered the store on Cross Street between 9.40pm and 9.50pm and produced a knife to the cashier, before demanding cash from the till. He then forced the cashier to open the cigarette kiosk.

The offender, who was wearing a black balaclava and had a hood up, then left the shop with a quantity of cash and pouches of Golden Virginia tobacco.

The cashier was unhurt but left very shaken by the incident.

The suspect is described as white, around 6ft 1-2ins tall, of thin build with very thin legs.

Police are seeking witnesses to the incident and anyone who saw a man matching the description of the suspect in the area around the time of the robbery.

Anyone with information is asked to contact police by calling 101