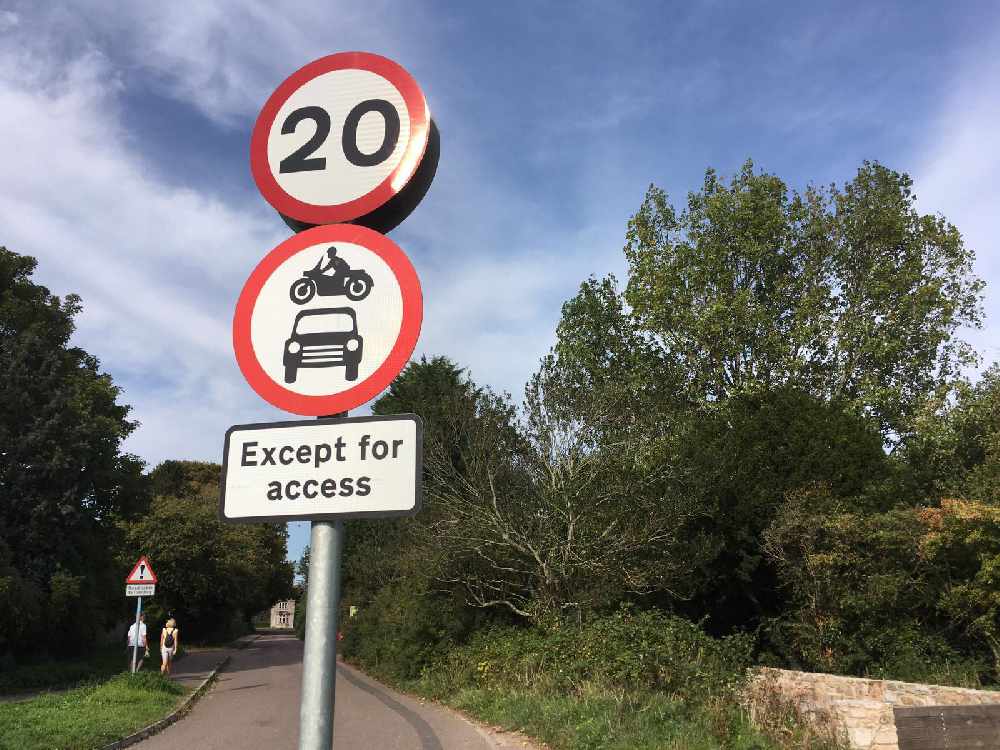 You can't come in (courtesy: LDRS)

But policing will be difficult

Restrictions to stop rat running on the country lane around the back of Powderham Castle will be made permanent.

In April 2019, an experimental traffic order was imposed to stop through traffic from using Estuary Road and Church Road through Powderham, alongside the River Exe.

The only vehicles allowed were for access, and will apply for the full length of the route between the A379 junctions at Red Lodge in the north and Starcross in the south.

Now Teignbridge highways and traffic orders committee has voted to make the changes permanent. However they were warned that the enforcing the order would be very difficult.

Dave Black, head of service for planning, transportation and environment, in his report, said: “The ETRO was introduced to assess the benefit of reducing or removing traffic travelling through the Powderham area. It is concluded that the ETRO has had a marginal impact and there will be a small but positive benefit to public health by supporting cycling on the Exe Estuary Trail.

“Considering the use of the road as part of the Exe Estuary Trail, the road is not suitable to be used as a through route. It is recommended that a decision is made to confirm the TRO.”

Mr Black said that alternative options were previously considered for prohibiting motor vehicles using self-enforcing physical barriers, but that this was not supported by the community, and that the restriction would still allow vehicles access to off street premises such as the church, sailing club and for statutory undertakers such as Network Rail and Environment Agency.

On enforcement, his report said: “The view from the police was that they would find this a very difficult stretch of road to police, as anyone wishing to stop on route would be satisfying the “Access” requirement. So, in effect, the only way it could be proved that any driver had used the route illegally would be to follow each driver through the whole length of the road making sure that they did not access anything within the controlled stretch of road, rendering this effectively unenforceable.”

Council leader Alan Connett (Lib Dem, Kenton and Starcorss) supported the recommendation. He said: “The impact of the shared use has become a real problem, and access only is the least that can be done to allow life to return as usual but discourage people to use it as a through road. It has helped to reduce traffic and a failure to support this would leave it as a through road, so this is the least that can to be done to address the safety concerns.”

Cllr Alistair Dewhirst added that this was ‘a magical walk in a magical place’ and that he never really had a problem when walking on the lane, but was aware you could get a car going extremely fast.

He added though that the most recent time he visited there were arguably too many pedestrians and cyclists using the narrow lanes, and called for there to be measures for more separation between them, but said that this showed the ban of vehicles had the desired effect.

Cllr John Clatworthy added that barriers closing the road would not be the right move, as it is needed as an alternative route and there are people who live within the restricted areas who still need to do travel in and out.

The committee unanimously agreed to make the traffic order permanent.