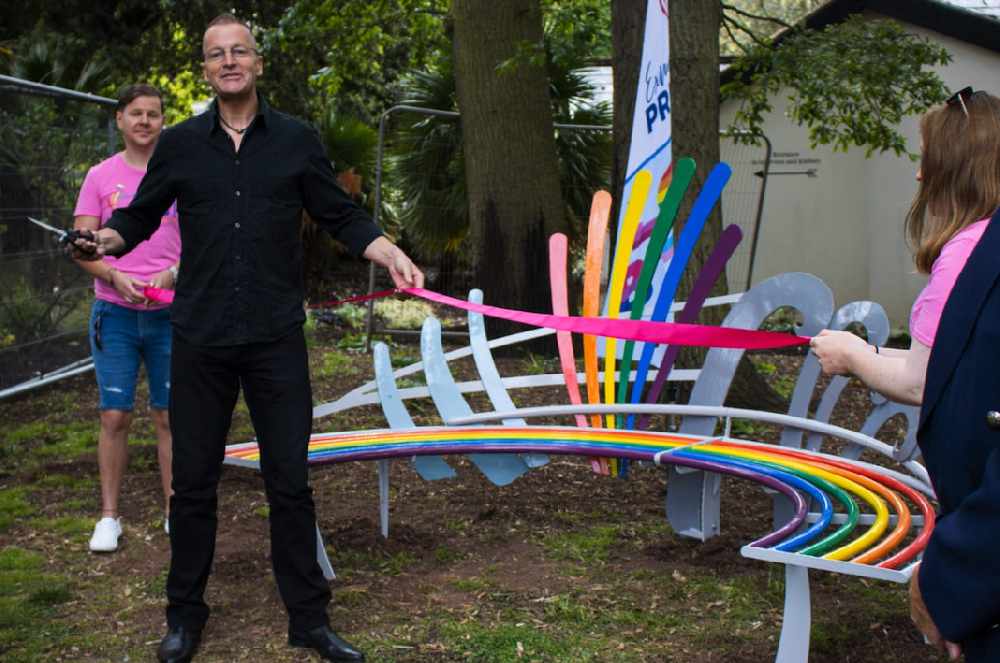 But don't sit on it till Wednesday

An Exmouth park has been gifted a rainbow bench, as a symbol of diversity and inclusion.

The Exmouth Pride organisation unveiled the bench in the town's central Manor Gardens this weekend.

It's the second Pride symbol in Exmouth, following a summer flag project, in which 17 Exmouth Pride flags are now flying around the town centre and along the seafront throughout June, which is internationally seen as Pride Month.

The rainbow bench is the result of a community project led by Exmouth Pride in conjunction with Exmouth Town Council and with support from East Devon Green Spaces and the National Lottery’s Community Fund.

Exmouth Pride’s Sarah Cooper said: “As with the flags, this is about visibility, which is an issue in the LGBT+ world. This is a major way of showing people who often face isolation that they are not alone.

“It features the 1979 Pride flag colours and a rainbow, which is a universal symbol of hope – and we hope that people will enjoy this fantastic addition to the town in the spirit in which it was created.”

The date would have been the sixth Exmouth Pride which was cancelled due to the pandemic. The bench will be fully ready for use by the public from Wednesday 23 June.

Plans are already in hand for a post pandemic return to the usual Exmouth Pride in the Manor Gardens in June 2022 when LGBT+ people and their families, friends and allies can mark Pride together. 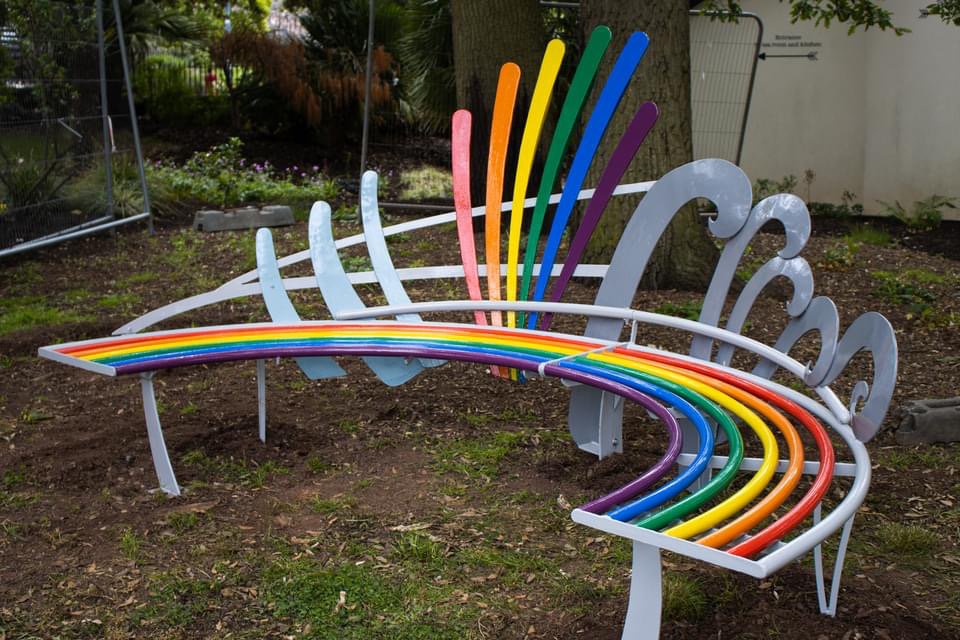