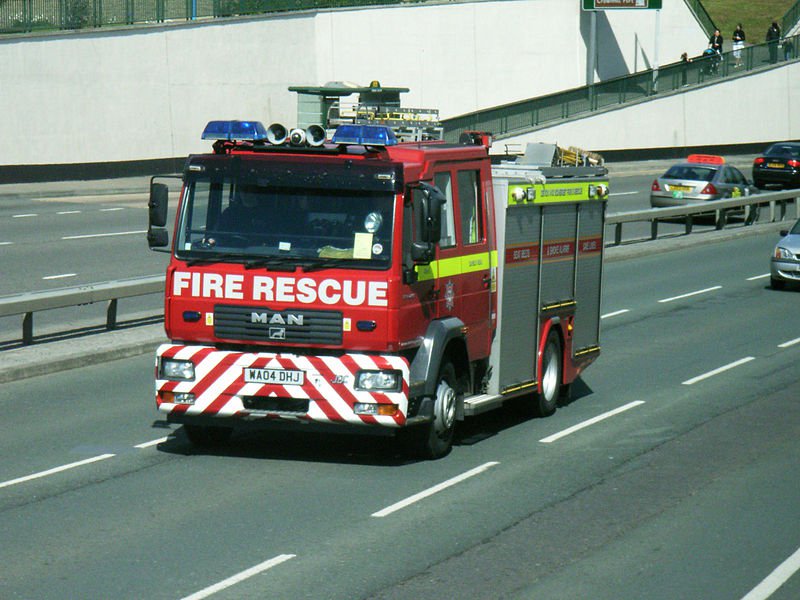 The basic option is to close seven fire stations in Devon

Controversial plans that could see eight fire stations in Devon and Somerset close will go out to public consultation.

The service is proposing to close eight fire stations, mothball a number of engines and convert fully-manned stations into part-time operations in a bid to save millions of pounds.

The basic option is to close fire stations in Appledore, Ashburton, Budleigh Salterton, Colyton, Kingston, Porlock, Topsham and Woolacombe – stations which the service say are in low risk areas for fires and collisions, can be served by other stations within 15 minutes, and only attend a small number of incidents each year.

Savings of £3.7m would be made by implementing this option, and the authority then proposes another five levels of cuts, each building on top of the last.

Options four and five, which would see stations change status to day crewing and on-call at night only, could lead to 46 jobs being cut.

Option six retains those posts with the service creating a ‘flying squad’ of six crews which would be based at areas of forecast highest need, cutting the savings down from £8.6m that option five would make to £6.7m.

The Devon and Somerset Fire Authority on Friday morning voted to put the proposals out to public consultation, but with an amendment that means the proposals are not contingent each other.

It followed concerns that the initial proposals were too rigid and meant that if someone supported one option but not another then they would have to reject all the proposals.

The proposals will now go forward for a 12 week public consultation from July 1 to September 20.

A final decision on which option, if any, will be taken forward by the Fire Authority in November.

Despite approving the proposals for consultation, councillors though raised serious concerns about what was being planned.

Cllr Frank Biederman said: “This is quite frightening, isn’t it? We can’t lose sight of the fact that, because of cuts, we’re going to have increased risks. In my opinion, the government need to wake up – they are forcing housebuilding onto us, and here we are talking about reducing services. I think when the public see more houses being built, they expect more services to come with it, not less. We should be doing more we can to stand up to that.

“We should defer making a decision on this so we can get more answers from the staff and to tell the government and our MPs what the reality of the cuts and the risk to the public are. Let us be honest, this will cost a life somewhere and there is no way I can support this.”

Cllr Rob Hannaford added: “We are right to be careful and cautions about any changes. We have been told that austerity is over, this is turbo charging austerity in our authority and that feels wrong.”

Cllr Simon Coles said: “Nowhere in the consultation is there anything about whether the public want to be paying a little bit more for us. Had we been allowed a three per cent or £5 rise in the council tax then it will raise the amount we collect to a level that we can go forward with. We don’t even have the money to fund a pay rise for our firefighters and we are being pressured to do more with less, which seems like a recipe for disaster.”

A proposal to defer the decision on whether to go for consultation was defeated though, with just three of the 19 strong committee voting for it.

Cllr Polly Colthorpe said that she thought that they should go out to consultation, and said: “We have an operational layout that dates back to the 1940s. Things have changed so we must bring up to date and make use of the wonderful resources that we have. Not all of the resources are in the right place and the move to consult on it is the best thing that we can do.

“We trust the public. We’re asking them for their opinions on what we can do & add to the things we’ve suggested.”

Vice-chairman of the committee, Cllr George Wheeler added: “Deferring won’t help us at all. We have to do something but the on call system at present is not attractive to people with changing lifestyles, as we are failing to recruit and not retaining the staff we have. We need to do more prevention and protection work.

“I am uncomfortable with some of the proposals and hope that those queries will be raised during the process, but there is nothing set in stone and all up for debate at future meetings.

“This is the easy meeting compared to the November meeting when we will make a decision. There will be some uncomfortable decisions to take at that meeting but will be in the light of the consultations we have had.”

Explaining the proposals, Lee Howell, Chief Fire Officer, said that the proposals were not about saving money and that they would be looking to maximise their resources regardless of the financial constraints.

He added: “If we were delivery the very best service that we could do, we wouldn’t be delivering this paper. At the moment, 20 per cent of our engines are not available at any time, so we are not starting from a great place. Our ability to crew on call stations is getting worse year on year. This is about reinvestment of resources and we are trying to improve the service that we provide to Devon and Somerset.

“I have attended a range of incidents where it doesn’t matter how quickly you respond, you arrive too late. The best way to save lives is to focus on prevention and we want to invest more in protection and prevention but difficult decisions have to be made.”

Pete Bond, Director of Service Improvement, added: “The eight stations proposed for closure are in low risk areas and have adequate resources around them.”

Making the proposal to go out to consultation, Cllr Leigh Redman said: “This proposal is only the start of a long journey that will develop over the next few months. This opens it up wider than the original proposal as we can discuss the individual elements.

“This doesn’t mean I or any of us support any of the recommendations, but this gives us a chance to go and get the answer from the public as to what they think.”

Seventeen councillors voted in favour of approving the consultation, with two abstentions.

Implementation of any changes agreed will commence in 2020.