Rise in children borrowing from libraries 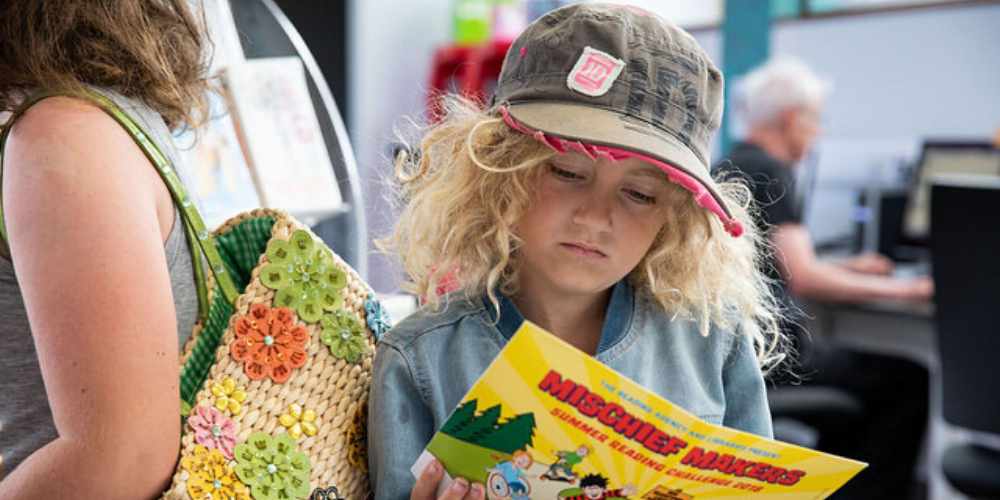 Children in Devon are borrowing and reading more books from the county’s libraries.

More children than before took part in the Summer Reading Challenge in Devon this year, while Children’s borrowing number from July to September 2019 are up nearly four per cent on 2018 figures.

Participation was up by 14 per cent, compared to the target of Libraries Unlimited of five per cent, the completion rate was 61.5 per cent, and children in Devon borrowed 3.8 per cent more items than last year, a report to Devon County Council’s meeting last Thursday revealed.

In total, 1,366 children became new library members in order to take part, Devon Libraries hosted 405 events attended by 9,563 children, and the meeting heard that the Summer Reading Challenge resources used in Devon cost £10,390 which equates to £0.83 per participating child.

Of Devon’s 50 libraries, 39 saw an increase in number of children who took part in the summer reading challenge, with one seeing exactly the same figures, and one more not having taken part in 2018.

Budleigh Salterton more than doubled its participants, as did Pinhoe and Stoke Fleming, while completion rates for the summer reading challenge were up at every single library.

In terms of issues to children, 34 of the libraries saw their numbers increase year-on-year, with Clyst Vale up 94 per cent, and Ottery St Mary and Pinhoe up more than 20 per cent.

Cllr Roger Croad, the cabinet member with responsibility for libraries, had been asked to report by Cllr Rob Hannaford on data on access to books for local children, as well as the Dolly Parton’s Imagination Library.

Cllr Croad added, to groans from the chamber, “I have been working extremely hard, not just 9-5, to ensure Devon has a library service it can be proud of.”

Dolly Parton’s Imagination Library of the United Kingdom is a free book gifting organisation devoted to inspiring a love of reading in the hearts of children everywhere. Each month, enrolled children receive a high quality, age appropriate book in the post, free of charge. Children receive books from birth to age five.

The Imagination Library provides the infrastructure of the core program including managing the secure central database for the Book Order System and coordinating book selections and wholesale purchasing. It also incurs the cost of the program’s administrative expenses and coordinates the monthly mailings.

But Cllr Croad said that the Imagination Library was not something that he was immediately considering for Devon. He added: “It doesn’t come cheap. While the Dolly Parton Imagination Library scheme and others like it have a place there is no substitute for young people and families being engaged with their local library and gaining access to good quality and free resources

“I am sure the Dolly Parton scheme has its place in the scheme of things, but I have been working extremely hard, not just 9-5, to ensure Devon had a library service it can be proud of. Libraries are not just places where people go and read books, but are also useful for public engagement as well.”

Children’s reading can ‘dip’ during the summer holidays if they don’t have regular access to books and encouragement to read for pleasure. The annual Summer Reading Challenge helps get 700,000 children and their families into libraries each year to keep up their reading skills and confidence.