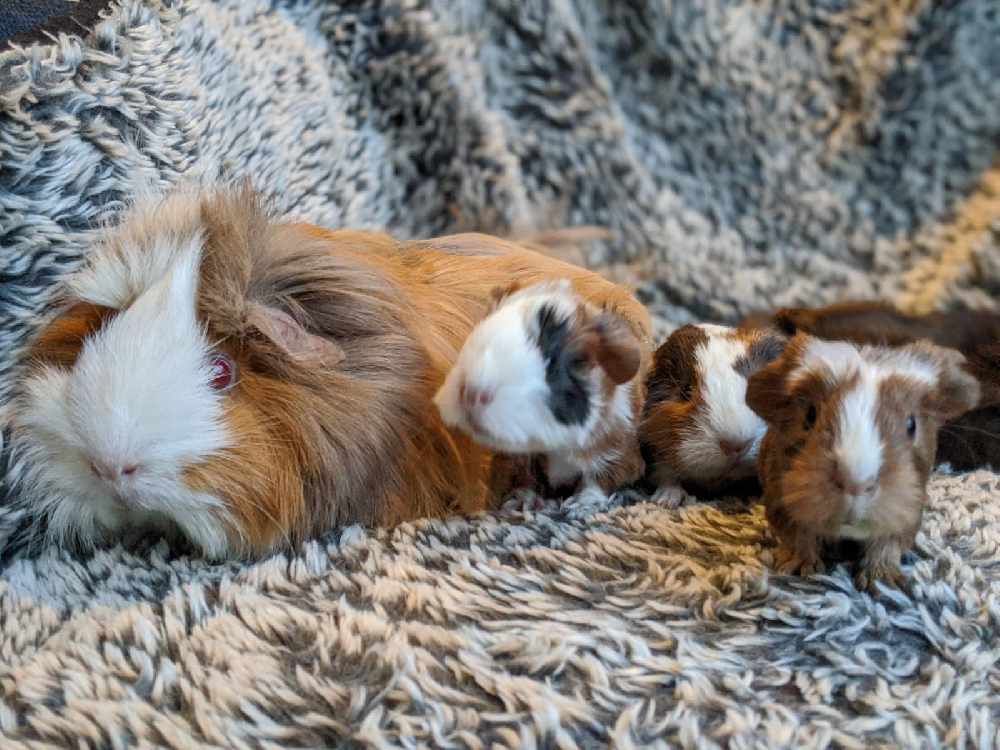 You might have missed the news, but Thursday is guinea pig appreciation day, and it's been a pig of a year for the pets in Devon. The RSPCA has received 22 calls for help about them in 2020 up to 10 July. As there were only 29 alerts in the whole of 2019, the rate for distressed Devon guinea pigs is rising.

The biggest issue is sex. Guinea pigs are getting too much of it. It's leading to the pitter patter of too many piggy feet. So it's time to get your boys snipped. With the coronavirus, many guinea pig owners have had other distractions, and so have vets. So neutering male guinea pigs has dropped to the bottom of the cage. Nice for the pets, but ultimately leading to problems.

Dr Jane Tyson, the RSPCA’s rodent expert, said: “Guinea pigs breed incredibly quickly so one unneutered pair can quickly lead to an owner having lots of guinea pigs on their hands! We would always advise owners to have their male guinea pigs neutered before introducing them to a female. We also find that guinea pigs can sometimes be mis-sexed by the seller or previous owner which leads to accidental breeding so it’s also important to make sure that your guinea pigs see a vet regularly who would be able to spot if they have been identified incorrectly.

“Many of the guinea pigs that come into our care have come from a multi-animal home where there have been large numbers of guinea pigs living in often cramped, dirty and unsuitable conditions. This also means that they may have experienced very little handling and are wary and fearful of human hands and need their confidence building up in RSPCA care.

“This is why, this guinea pig appreciation day, we wanted to encourage people to neuter their guinea pigs and help tackle the problem of overbreeding.”

Chief veterinary officer Caroline Allen said: "On average a litter contains two to four guinea pigs, but can be as large as eight pups. A female can have up to five litters per year and can become pregnant within hours of giving birth. This, coupled with the fact that guinea pigs can breed at just a few weeks of age, means that if females are housed with unneutered males, numbers can very quickly get out of hand as even siblings will mate with each other. However, guinea pigs are social animals and it is important for their welfare that they are kept with other guinea pigs.

“Whilst a good combination can be a male with one or more females, it is really important that the male is neutered before being paired with the females and even after neutering the males can remain fertile for 4-6 weeks so will need to be separated from the females. Female guinea pigs tend not to be routinely neutered as the procedure is more complex. Neutering of male guinea pigs is generally a straightforward procedure."