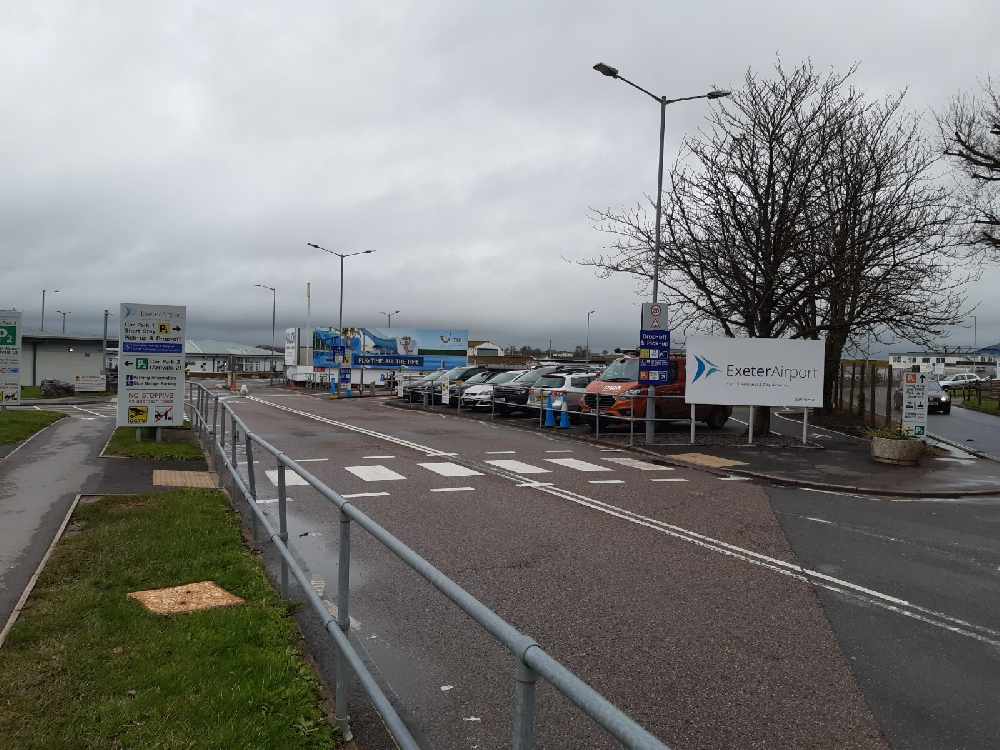 Work has begun on improving access at Exeter Airport to enable a new ‘AirPark’ that should create around 1,000 jobs.

The new access via Long Lane is designed to help to boost economic recovery from the pandemic, support new employment and provide opportunities for growth.

The Long Lane enhancement scheme will widen the road that runs past Exeter Airport and down to the Hampton by Hilton hotel, which will enable a new 19-acre 'Airpark,' one of the four planned enterprise zones’. Right now, the road isn't good enough for high volume traffic.

The £3.7 million scheme will also have a bus loop and cycleway, and improve access to both the Future Skills Centre run by Exeter College and the maintenance hangars recently been acquired by an Irish company and now called Exeter Aerospace.

It will also improve the access to Exeter Airport, and help facilitate the construction of infrastructure for a project called France-Aldernay-Britain interconnector.

Cllr Paul Arnott, leader of East Devon District Council, said: “At long last, it’s great to see work starting on this access improvement which will help bring forward a new site and bring new jobs to our enterprise zone.  I’m delighted to see the focus on sustainable transport with improved pedestrian, cycling and bus links all part of the plan.”

While Long Lane is being widened, a new road to connect Silverdown Office Park to the Future Skills Centre access road, known as the “Silverdown Link”, will be built. Once the Long Lane works are finished, the Silverdown Link will become a bus and cycle link.

The works are being funded by East Devon District Council, with Exeter Airport’s share of the costs to be repaid at a later date.

The Science Park has been awarded £5m from the government’s ‘Getting Building’ fund to support the delivery of a ‘grow-out building’.  This is in addition to the development of the Ada Lovelace building which is expected to complete in March.

Burrington Estates has submitted a planning application for 35 commercial units on Skypark. Stovax has recently committed to the development to a new purpose built 200,000 sq ft facility expected to open in 2022. And plans have recently been agreed for the development of Cranbrook town centre including a new Morrisons supermarket