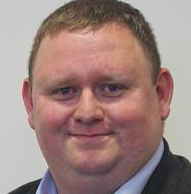 They fell out with independents

The four Liberal Democrats members sacked from their cabinet roles in Mid Devon have hit back at the decision.

It follows a full council meeting where the Liberal Democrats put forward a rival amendment to one that the leader of the council, an independent, had outlined over the Greater Exeter Strategic Plan, a strategy involving Exeter, East Devon, Mid Devon and Teignbridge.

The Conservatives are the largest group on the council, but they've been frozen out of decision-making by an alliance of other councillors, including a cabinet of independents, Lib Dems and a Green.

The leader of the council, Cllr Bob Deed, had proposed continuing a working relationship with Exeter and Teignbridge and to continue to prepare a revised joint strategic statutory plan, contrary to the rival amendment of the Lib Dems that would stop a boundary blind process while still communicating with other authorities in the area.

Cllr Deed’s amendment was eventually voted through 25 votes to 10, The following day, the four Liberal Democrat members on the seven-strong cabinet, were sacked.

Lib Dem Group leader Cllr Luke Taylor, said: “I am disappointed to have been removed from cabinet after we had given our support to Cllr Deed after the May 2019 elections. I am proud of the work we had done and knew cabinet was moving in the right direction.

“We had been supportive of changes to governance and in my own portfolio with the environment was pleased to have been progressing with more dual recycling bins in our communities and the addition of small electrical items being collected with recycling, however I wish the new coalition all the best going forward whilst the Liberal Democrat group will become sound opposition.”

Cllr Barnell said: “I too am disappointed by the Leader to take this decision, I had read every part of the GESP plans and had concerns from the outset. I knew our communities would be heavily impacted by GESP and could be lost forever. I did all I can to try and protect Mid Devon from mass building,” while Cllr White added: “As Liberal Democrats we did all we could for the benefit of Mid Devon and unfortunately the political ambitions of some has led to this. I hope the new Conservative led coalition will achieve on their promises made whilst in opposition.”

Cllr Clist added that he was ‘slightly bemused’ at his sacking, after he was told he was ‘innocent’, but that if one Lib Dem, goes they all go. He added: “I was willing to remain a Cabinet member and be part of a politically balanced Cabinet which would have been a great benefit to all of Mid Devon – however it appeared my position was already promised elsewhere.”

The cabinet, still led by independent Cllr Deed, now consists of three independents, four Conservatives, and one Green Party member, Cllr Elizabeth Wainwright –  but she's tweeted in response to a comment about the new cabinet "Can’t be — none of them match how I feel and what I think after having come back from holiday to all this…."

Announcing the changes, Cllr Deed had said: “Everyone knows that, upon becoming leader, I had sought participation from across the Council to secure the best set of expertise and experience in cabinet roles. While the Conservatives did not feel able to take up this offer from the start, I am pleased that we now have the opportunity to welcome their skills into the Cabinet. I firmly believe that working alongside our neighbours and colleagues in the wider area is the right way to achieve the best outcomes for Mid Devon.”

The council consists currently of 17 Conservatives, 11 Liberal Democrats, nine Independents, and two Green Party councillors. Three seats are vacant following the deaths of Gerald Luxton and John Daw and the resignation of Irene Hill, with by-elections currently under the Coronavirus Act 2020 not allowed to take place until May 2021.

As a result of the decision of last week’s full council meeting, Mid Devon will now commit to prepare a revised joint strategic statutory plan, but should this prove not to be the most appropriate option in planning terms, consider a review of other options for further strategic and cross-boundary planning matters with willing participatory authorities in the Housing Market Area.

Officers will review and incorporate relevant elements of the GESP Draft Policies and Site Options consultation document and other supporting documentation and evidence that remain valid and jointly prepare necessary technical studies and evidence for the new strategic plan, including conducting a further call for sites process, align monitoring and share resources where there are planning and cost benefits for doing so.

The Council’s commitment to the delivery of high quality development at Culm Garden Village as part of the Garden Communities Programme has been reaffirmed.