South Hams pays £500k for solar which "could have been free" 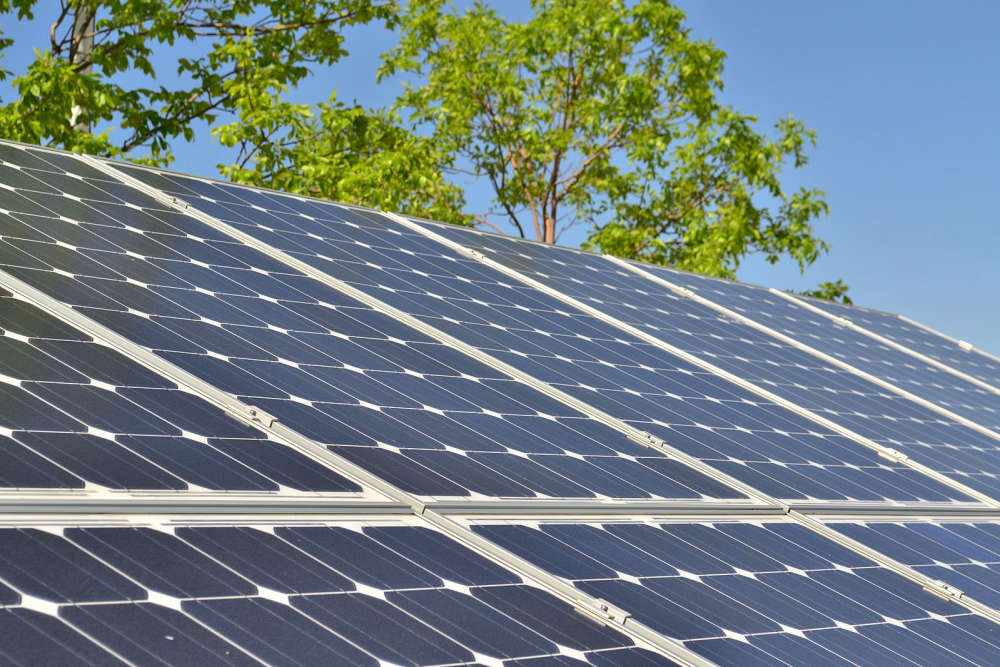 South Hams Council has been accused of wasting half a million pounds to fund solar panels on the district’s leisure centres after it was revealed the project could probably have been done for free.

In April councillors approved plans to lend Fusion Lifestyle, who run all four leisure centres across the South Hams, up to £500,000 to install solar panels which would cut fuel costs and reduce CO2 output.

At the full council meeting on Thursday (14 July) members discussed how the funding arrangement with Fusion would work.

The council agreed to buy the solar panels as part of its capital programme for 2022/23, instead of making a loan to Fusion to do the same.

Instead of paying back a loan, the council would instead receive regular income from Fusion equal to whatever the loan repayments would have been.

But Green Party councillor for Dartington and Staverton, Jacqi Hodgson, said neither the council nor Fusion Lifestyle needed to put any money upfront because it could have been entirely funded by Totnes Renewable Energy Society (TRESOC).

TRESOC was founded 15 years ago to finance the 4.6MW Totnes Community Wind Farm which was later refused permission.

The society has 540 members and manages several sustainable energy projects.

Cllr Hodgson explained that TRESOC had originally hoped to install solar panels on the roof of the Pavilions Leisure Centre in Totnes and later indicated they would be willing to put solar panels on all four leisure centres.

She said this could have been done without charge to the council or leisure centres and TRESOC would have recouped their outlay by selling excess energy back to other users or the national grid.

Cllr Hodgson asked: “Why hasn’t an assessment be made of the difference in overall costings? In other words, the difference between us having to borrow £500,000 and all the other costs associated with that rather than a free installation.”

She continued by suggesting the council had a track record in misusing money.

“I think this is quite a serious matter. We’ve just lost nearly £500,000 in the last couple of weeks over an appalling situation with Aldi and I think that we need some answers before we go ahead on the next 500 grand that we spend.”

Totnes Town Council earlier backed TRESOC’s plans for the leisure and are now arranging for panels to go onto the civic hall.

Founding member and managing director of TRESOC, Ian Bright, explained why he thought the council was being shortsighted.

“Some local people will be buying their excess electricity at 20p instead of 30p,” he said.

“So we can do that immediately with the leisure centre at Totnes and we’ve been saying so since 10 years ago.

“And that was the last we heard. And then the next thing we hear is they’re doing it!

“And even if they are doing it, they’re using council money and there are homeless people around here.”

South Hams Council’s director of place and enterprise Chris Brook insisted they were not ignoring TRESOC but believed their plans were unviable.

“The vast majority of all power generated by the solar panels will be consumed by the leisure centres themselves,” explained Mr Brook.

“So that sort of model, I suspect, would not have worked in this location. That’s for them to decide but I still think it would have been challenging.

“So it’s not a conspiracy. I’m not trying to do anything odd here.  It’s just not the way forward in this case.”

Both Cllr Hodgson and Mr Bright dispute Mr Brook’s analysis and say, even if the leisure centres had little or no excess energy from the panels, TRESOC would have the opportunity to provide a low cost tariff while still avoiding any upfront cost.

Despite concerns raised by Cllr Hodgson, councillors approved a capital budget of £500,000 for the solar panels.