Students rescued after coach gets stuck in lane 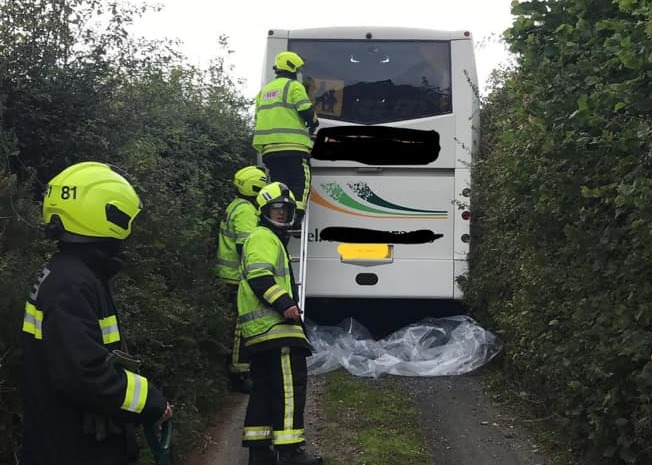 Fire crews have shared pictures of a rather unusual rescue on Monday lunchtime.

They were called to a country lane near Moretonhampstead where 2 coaches had become stuck.

One managed to get out, but crews had to rescue 44 Year 6 pupils and their teachers from the other.

In a post on Facebook they said: "The year 6 pupils were all very brave and showed excellent ladder mounts as firefighters on and off the bus helped them to safety. In total, 44 students plus 5 members of the faculty were rescued. We hope to see 44 applications for the Fire Service in 8 years time!"

In a statement, Police said: "Police were called to Wray Barton, Moretonhampstead, at around 10.55am on Monday 16th September with reports a coach, carrying schoolchildren, was stuck in a very narrow road.

We subsequently received further reports that a second coach had become stuck.

Officers and the fire service attended the scene and helped passengers to exit one of the coaches.

The other vehicle was able to free itself.

Both drivers have been reported to court for driving without due care and attention."