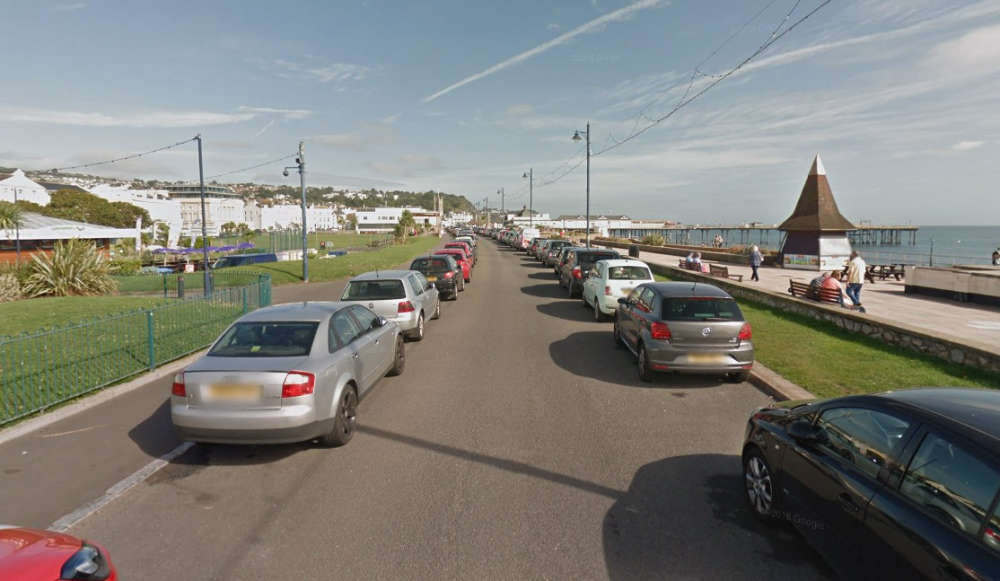 The Upper Den carriageway on Teignmouth seafront will stay closed in the summer months, despite requests for it to open all-year round.

Currently the road, between the Den and the beach, is closed for vehicles between 1 May and 10 September each year, and has been for several years.

But Teignmouth Town Council asked for it to be reopened during the summer months to increase on-street parking capacity in the town. Parking on the road is pay and display when open for vehicles.

The council argues it would increase revenue for the county council, while local business owner and councillor Robert Phipps (Conservative, Teignmouth East) called it “stupidity” that the road’s approximate 100 car parking spaces are left empty “just when demand is at its peak.”

Speaking at a Teignbridge highways meeting on Monday [25 July], he said: “If you venture to Teignmouth on any bright day after 10 a.m., you will struggle to find a parking space. People drive from car park to car park searching for a space. Many drivers give up and leave the town, spending their money elsewhere.

“This is a great wasted opportunity for the town’s economic development – squandering a valuable asset [and] also causing more pollution when they could be parked up with engines switched off.

He called for the road to be opened year-round, with a 10 mph speed limit, a ban on campervans, improved safety signage and potentially speed humps.

“This is a win-win situation for everyone,” Cllr Phipps said, referring to the increased parking revenue it would generate for the county council.

Councillor David Cox (Lib Dem, Teignmouth West) agreed: “Teignmouth has a parking problem for six weeks of the year, and that’s the time we close the Upper Den carriageway.”

“It’s more confusing to have it closed for half the year,” he claimed.

She talked about the large numbers of children who travel between the Den play park and the beach when the road is closed, often unaccompanied “because parents know that it’s completely safe.”

“Children will not be safe if the Upper Den carriageway was open in the summer,” Cllr Russell added.

Council officers appear to agree, with their report concluding it would “raise safety issues” and that “it would be confusing for residents and visitors who have been able to cross this road freely during the summer for a number of years.”

The highways committee agreed to keep it closed over the summer by a margin of ten to one. Members also asked officers to look at providing more disabled parking spaces on existing roads in the area.