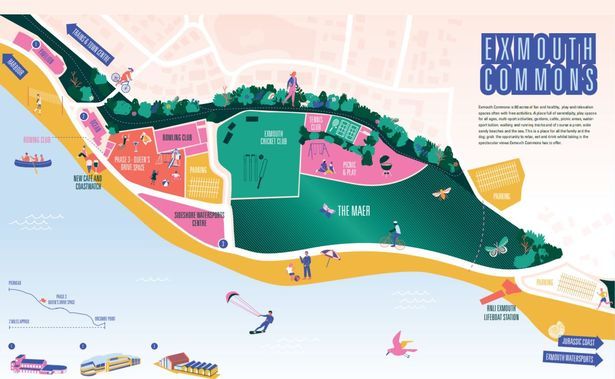 The existing plan for Exmouth seafront

Council will find a new consensus

Major changes to Exmouth seafront could be on the cards, with the existing proposals throw into doubt.

East Devon District Council say they will "re-engage with a new consensus" for how to proceed with the Queen’s Drive site. They haven't explained what that means though.

The delay follows a new top team being put in place at the council since the original decision in February, as well as upheaval caused by the pandemic.

The current plans include a waterfront restaurant, an 80 bedroom hotel, as well as an area for play and leisure uses. In February, the council's cabinet agreed to launch a marketing exercise to find developers, but the decision was subsequently quashed. The council’s scrutiny committee decided a panel agreeing the criteria for marketing it to developers was not properly balanced. They sent their recommendation to the council's cabinet for a final decision. No decision will now be made before 28 October.

At he last cabinet meeting Cllr Andrew Moulding, leader of the Conservative group, asked about the status of the Queen’s Drive proposals. Mark Williams, the council’s chief executive, said: “The impact of covid-19 on commercial property is something we will have to assess, and the intention of the selection panel has been overtaken by events.

An East Devon District Council spokesman told the Local Democracy Reporting Service: “‘The council now has a new administration. Combined with the economic impact of covid-19 and our departure from the EU, the opportunity will be taken this autumn to reflect upon the proposals and ambitions for the Queen’s Drive area and re-engage with a new consensus for how might be the best way of progressing matters.”

The attractions currently on the Queen’s Drive space – the replacement for the former fun park – only have planning permission to stay on the site until March 2022, with no further extension allowed under planning law unless they were made permanent because two temporary permissions have already been granted.

Phase One, realigning of Queen’s Drive, is complete, while Phase Two, the watersports centre, is set to open in the autumn.