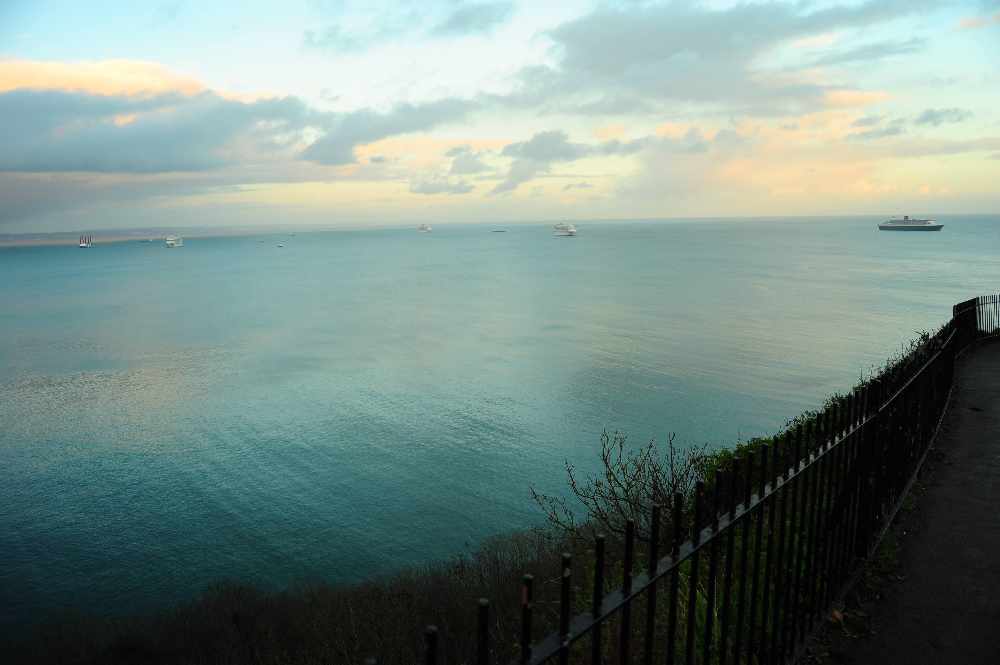 Two cruise line workers from India have tested positive for covid-19 as they were about to board a ship in Torbay.

Liners have been using the sheltered waters off the Devon coast to anchor during the pandemic which saw cruises cancelled.

But as restrictions ease they have been increasing staff numbers in readiness to restart holidays.

It is understood 34 cruise workers from India arrived on two coaches at Torquay last week to board one of the liners. But two of them tested positive for covid-19 after taking pre-boarding tests. They are said to have been sent to self-isolate at a hotel in Southampton.Government officials are investigating the circumstances of the case.

India has been badly affected by the pandemic with more than 300,000 cases a day and more than 200,000 deaths, with reports of hospitals overwhelmed and oxygen supplies running out. It is on a ‘red list’ of countries which travel to the UK is banned, apart from a series of exemptions including for seamen.

Torbay’s MP Kevin Foster said government officials were seeking information about the incident and were contacting the cruise line operator. The Conservative MP, who is a Home Office minister, said workers from ‘red list’ countries had to show a negative covid-19 test before boarding a flight to the UK.

Mr Foster said he had reported the case to shipping minister Robert Courts. He said: “There needs to be some investigation by national authorities with the company concerned.”

He added: “It is being taken seriously. It is a threat to the whole industry if there are outbreaks on ships.”

The workers were due to join the Marella Explorer, operated by holiday firm Tui. A spokesperson for the company said the health and safety of crew and customers were its top priority.

They said the crew members had passed covid tests before flying to the UK. Two were waiting for a negative test before joining the ship following further testing at the port carried out as part of boarding requirements.

Crew who passed the test at the port went into on-board quarantine for 10 days before joining the rest of the crew.

Torbay Council leader Steve Darling is calling for a change in government policy which he said classed all cruise ship workers including bar staff, waiters, and cleaners, as essential workers in the maritime industry.

Cllr Darling said he was concerned that workers who were effectively hospitality staff were being allowed to travel freely through the UK from countries which were seeing problems with high numbers of Covid-19 cases.

He has sent a letter to Mr Foster calling on the government to tighten restrictions and close the ‘apparent loop-hole’ so that ‘non-essential’ cruise line staff have to self-isolate on arrival in the UK.

Cllr Darling questioned why the workers who had flown to the country and travelled by coach had waited until arriving at the harbour in Torquay to take a Covid test.

Hundreds of cruise workers are expected to arrive in Torbay to board the ships as they increase staff numbers ready to resume operations later in the summer.

Cllr Darling said: “This is a national issue. I am asking the government to change the policy on this. International travel last year was how the pandemic came back.

“The policy is that anybody who works on a ship is an essential worker.

“There is a difference between running a cargo vessel bringing in essential goods, and working on a cruise liner in the leisure industry.

“An awful lot of the crew come from countries where they have a much weaker public health system.

“My concern is these people are coming in on flights and hanging around in airports. Are they stopping off at service stations before coming here?

“They should be self-isolating straight after arriving at the airport, rather than travelling down here.

“The lateral flow tests should have been given when they got off the airline.”

Cllr Darling said in his letter to Mr Foster: “Colleagues and I on Torbay Council are extremely concerned that current Government policy is putting the nation at risk.

“I understand that you are aware that at least one of our cruise liners is seeking to gear up in readiness for the cruising season in the next few weeks, which will see hundreds of additional crew members boarding. As part of this mobilisation two coaches arrived from Heathrow carrying 34 crew members from India last week. Following testing of the dockside in Torquay two members returned a positive lateral flow test resulting in them having to self-isolate in a hotel in Southampton.

“I am immensely relieved that neither of the crew members who tested positive for Covid-19 have come into contact with our residents but this is the second example of a crew member testing positive following their arrival into the country, with a similar situation having occurred within the last few weeks.

“We are concerned that the Government’s policy of recognising all staff on cruise liners as seamen, and therefore permitted to travel without any requirement to self-isolate, is severely flawed. We would see those involved in the maritime industry who help facilitate the movement of cargo and passengers as essential, however it is incredible that the Government appear to recognise bar staff, waiters and cleaners on cruise liners in the same bracket. Our strong request to the Government is to tighten up on this apparent loop-hole and make it law that non-essential cruise liner staff should self-isolate for the requisite time on arrival in the United Kingdom.”

A spokesperson for Tui said in a statement on Tuesday: “The health and safety of our customers and crew is always our highest priority and we can confirm that all crew members joining the Marella Explorer undertook and passed pre-departure PCR tests before flying to the UK.

“In line with strict industry protocols, additional antigen testing took place at the port for those joining the ship and all crew who passed the antigen tests were placed in onboard quarantine for ten days ahead of joining the rest of the ship’s company.

“Two crew members who did not meet boarding requirements are waiting for negative PCR test results before embarking Marella Explorer.”

The liners have become a regular feature in the waters off Torbay during the pandemic, and have been welcomed by many local residents who supported an appeal for Christmas gifts sent out to the crews.

Climate change protesters targeted the ships with a demonstration in March, raising concerns about their effect on the marine environment.

Companies are planning to resume services in the summer with covid-safe measures on board. Domestic cruises in UK waters are due to be allowed to operate from Monday, May 17.