By Radio Exe News based on a contribution by Daniel Clark, local democracy reporter 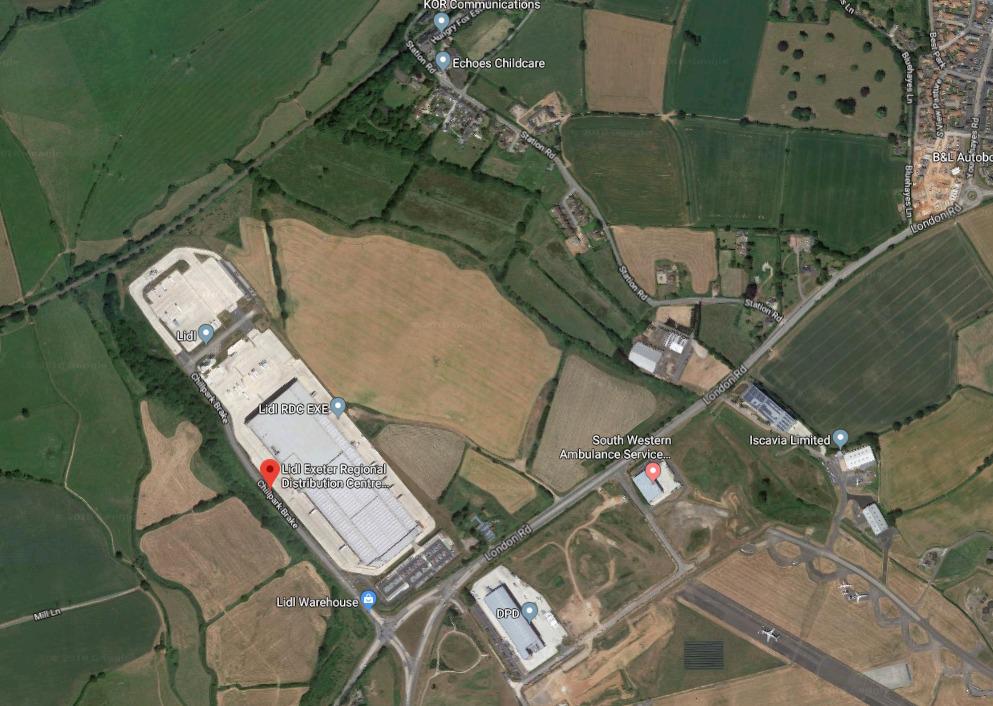 Land near the Lidl distribution centre is earmarked for development

Will it or won't it? Is it something to smile about or not?

The South West Business Council's has sent the rumour mill into action again by saying work is to begin early in the new year. A 10,000 sq feet plot is earmarked for development on a Prime site next to the Lidl distribution centre near Exeter Airport that opened last November. Exeter Gateway, as it's now known, is in East Devon District Council's patch, but a spokesperson there won't confirm that Amazon's moving in.

Nor will the company itself, saying they don't comment on "rumours and speculation."

After three years of speculation that Amazon will build a massive distribution depot, East Devon has confirmed that what they call a "reserve matters planning application has been approved for the first building on the site." The Church of England owns the land and, according to the council: "has previously said development could create between 1,530 and 1,817 new jobs and contribute an extra £90 million to £105 million to the regional economy."

Although unnamed officially, the occupier is lined up for the first building, which it's claimed will unlock other sites in the area for development. Eventually 11 large units will be constructed on the land at Hayes Farm at Clyst Honiton.