A fire in a thatched roof of a pub along the A35 at Wilmington in East Devon has involved a large number of fire crews from Devon, Somerset and Dorset.

Along with these appliances, a water carrier an aerial ladder platform from Danes Castle in central Exeter, a welfare unit from Crediton, a high volume pump from Taunton, an incident command unit from Wiveliscombe, and environmental protection unit from Taunton and the incident support unit from Martock also attended.d

The first crew assessed the scene and requested another four pumping appliances to be mobilised.  Two of these were sent on from Middlemoor, along with one each from Bridport and Exmouth.

Crews stripped back the thatch to create a fire break. The incident was split into sectors which include a water sector, welfare sector, safety sector, salvage sector and a hazmat sector.  An environmental risk assessment was made too.

Just after 2 p.m. the officer in charge requested another the pumping appliances, making pumps 15, including fresh crews from Cullompton, Newton Abbot and Chard.

By 5.35 p.m. the fire was under control and the roof covered with salvage sheets. Fire crews were reduced to six. Two hours later, an aerial ladder platform arrived from Exeter. Thermal imaging was conducted through the evening before at 10.30 p.m. fire crews carried out a final inspection.

The owners conducted two-hourly checks throughout the night.

The fire was caused accidentally. 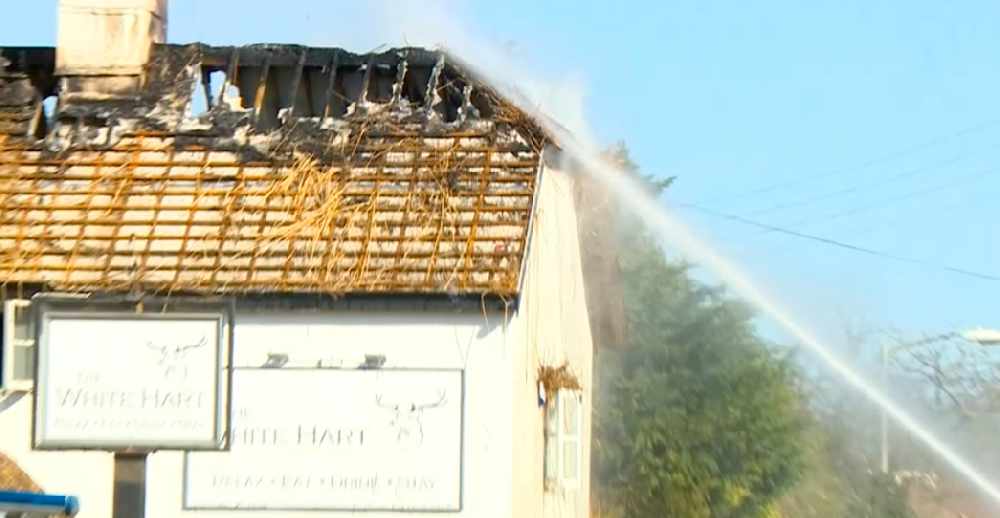