Wray Valley cycle trail to be completed by end of year 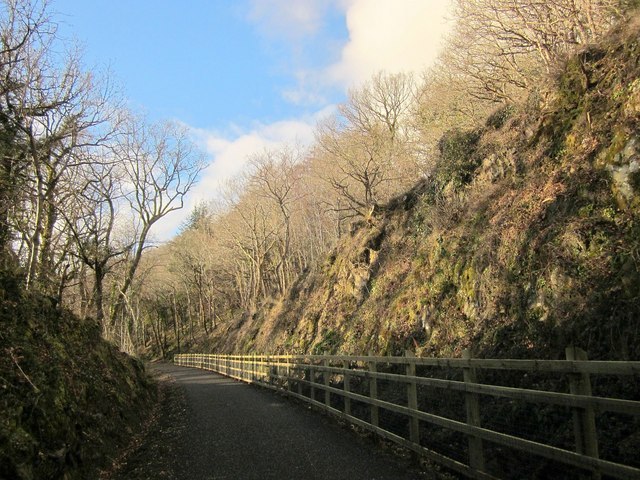 Half of the route, which links Bovey Tracey and Moretonhampstead, has been built so far

To date, 5.5km of the 11km route has been built, with the section from Moretonhampstead to Wray Barton in the north and between Bovey Tracey and Lustleigh in the south, but the final £1m section of the trail has yet to be completed.

It is set to be finished by autumn 2019 and Teignbridge District Council’s executive on Thursday morning agreed to put £100,000 towards the project.

Councillors were told that Teignbridge’s contribution would ensure there was better quality surfacing of the path, there would be a better quality of route marking, landscaping/planting along the route and there would be opportunities for display of artefacts recovered during the works for increased heritage and educational value.

Approximately 3.5km of off-road route delivery is required to complete the final stretch of the Wray Valley Trail, with the route is designed as a minimum 2.5m wide path with 0.5m wide grass verges on either side, to allow sufficient width for ease of use for different user types and reducing risk of conflict.

The stretch through Lustleigh is on-road and route signposting will be installed as part of the final route delivery.

Cllr Gordon Hook, leader of the council, said that he was looking forward to using the trail himself, adding: “It will be a huge boost for the area and I don’t think there can be any opposition to this.”

Cllr Jackie Hook said that the funding Teignbridge was contributing would make it a better route. She added: “I am glad that Teignbridge is able to play our important part in completing this route which will be enjoyed by many tourists and locals alike.”

Cllr Andrew McGregor, Portfolio Holder for Sport, Recreation & Culture, added: “This will encourage more activity among youngsters. One of the things made clear to me from moving here is the narrowness of roads and the risks to cyclists. The result is families are dissuaded from using the road so this will encourage families to get out on the bikes without having to drive to somewhere safe to do so.”

Estelle Skinner, the council’s Green Infrastructure Officer, said that Devon’s Walking and Cycling Strategy highlights the need for completion of the Wray Valley Trail as one of the strategic priorities.

She said: “There will be significant physical and mental health benefits from the trial and it will hopefully lead to reduced car use, and the extra funding will allow for a higher quality of route and will attract a higher amount of users of this important cycle and multi user route.”

Work to complete the section of the trail between Wray Barton and Lustleigh is set to be finished by the autumn, with the last section being an on-road route in Lustleigh.

Much of the route follows the old Moretonhampstead Branch Line, which opened in 1866 and closed to passengers in 1959 and freight in 1964, before the track was lifted in 1970.