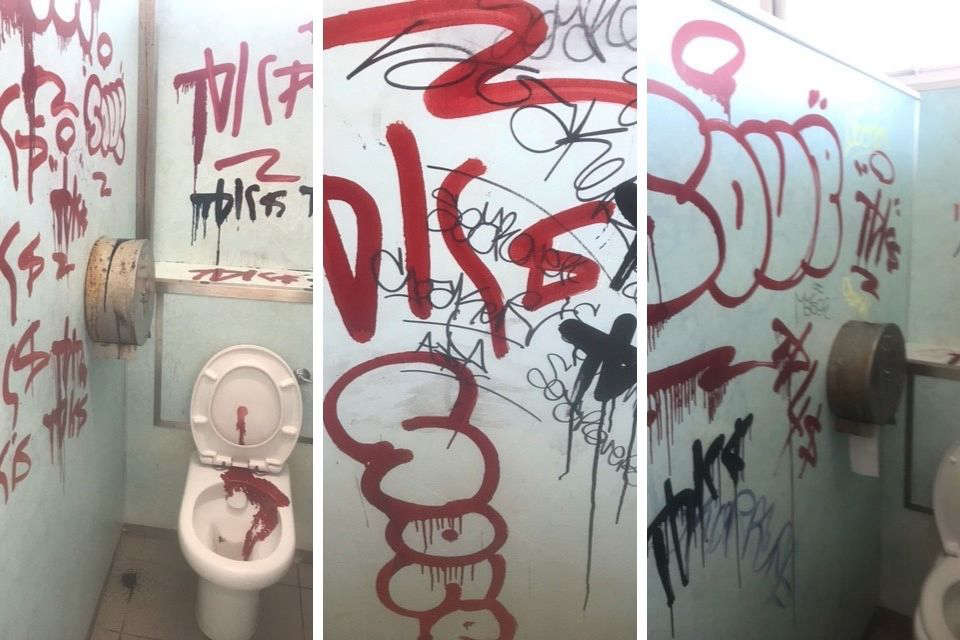 Down the pan (courtesy: EDDC)

Public lavatories at Thury Harcourt Place in Seaton, East Devon have been closed until further notice after being attacked by vandals.

The yobs are thought to have targeted the loos over the jubilee weekend.

Similar graffiti, which included swearing and offensive slurs, was also left all over a children's play park in Colyton.

The damage at Seaton is "some of the worst graffiti East Devon District Council has ever seen" according to the council.

They describe the damage as "huge."

Vandals have caused huge damages to a block of Seaton toilets.

Councillor Geoff Jung, EDDC’s portfolio holder for coast, country, and environment, said: "Acts of vandalism on these public toilets means unfortunately that we will have to close them for some time until the damage is repaired and repainted.

"We are also considering reducing the opening times to try and limit this continuing problem at this location."

Anyone with information. about either incident is been asked to report it on EDDC's website, EDDC's app, via 101 online or through Crimestoppers.