From DJ to MP 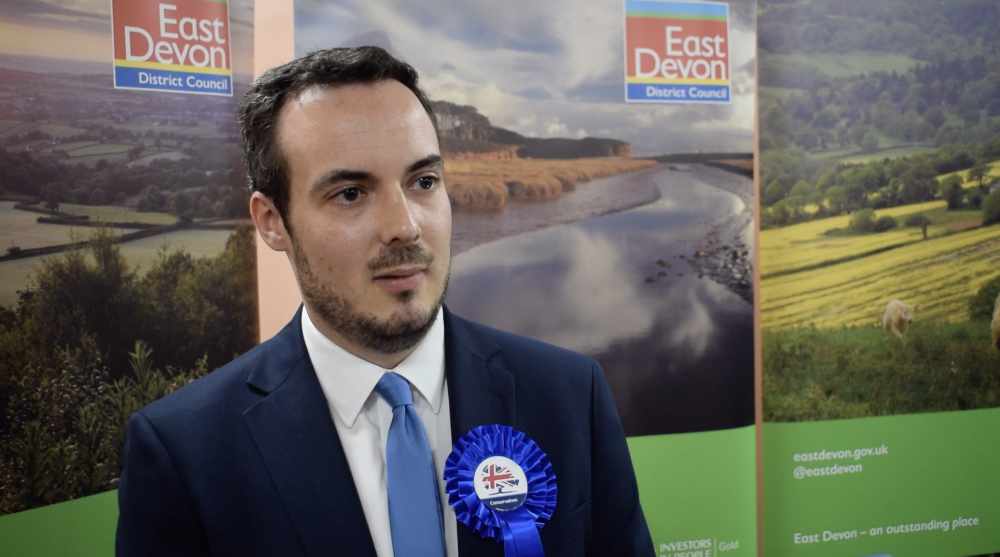 But will he ever be PM?

Former Radio Exe presenter Simon Jupp has succeeded in his bid to become a Devon MP.

The DJ turned politician held onto the seat for the Tories, which together with its predecessors has been in the party's control for nearly 200 years. Just over half the votes cast went in his favour, even though it had been thought that independent Claire Wright could beat him.

Despite an exit poll on Thursday indicating that Ms Wright had a 99 per cent chance of causing such an upset, that proved wrong. She did achieve a creditable 40 per cent share, whilst the other four candidates all lost their deposits. East Devon stays blue.

Speaking to Radio Exe moments after the count, Mr Jupp promised to increase the amount spent per pupil in Devon schools, increase police officers numbers and to represent all his constituents, whether or not they voted Conservative.

Formerly on the Remain side of the EU argument, Mr Jupp has signed up to Boris Johnson's pledge to get Brexit done.