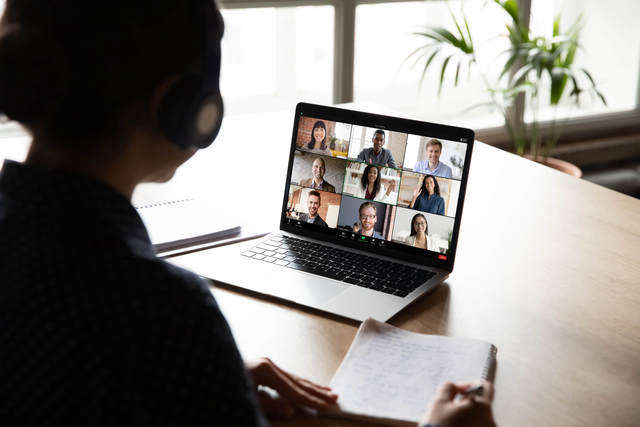 Who's Zoomin' who? (courtesy: Zoom)

Leader says it's "money on fripperies"

Torbay Council meetings are no longer being streamed online, despite the council having done so successfully since the start of the pandemic.

Laws requiring local councils to hold meetings virtually expired on 6 May, but Torbay Council had continued streaming its in-person meetings until last week.

Other councils in Devon, including East Devon District Council, have continued to stream meetings on YouTube.

Torbay Council says it’s working as fast as it can to find cost-effective solutions to make virtual streaming of meetings available again. But it says permanent streaming facilities it has looked at are too expensive.

Although the council hasn't given exact figures for how much it would cost, Councillor Darling says he believes some of the options considered so far are too expensive, adding: “It isn’t something the electorate would thank us for, for spending that money on fripperies.”

“If it was just a few thousand pounds then I think that would be money well spent.”

The council's first virtual meeting was in May 2020, with press and public able to watch online so that the democractic process could continue to be observed.

Torbay Council Conservative group leader David Thomas (representing the Preston ward) said: “I think the virtualisation of meetings has been a positive step forward and it has been amazing to see how many of our residents have actually been involved in the meetings - this can only be viewed as a positive.

“I appreciate that we are now moving on and we are back to physical meetings, however, I do believe that a webcast version of the meeting or a Zoom link for others to tune in must be seen as a massive positive.

“We know the cost is not inhibitive and I would absolutely welcome the council being brought up-to-date with a live streaming option of the most important meetings.”

Other Devon local authorities are chewing over the issue.  This week, Lib Dem Councillor Gordon Hook, who represents Buckland and Milber, called for Teignbridge District Council to make meetings virtual, citing both health concerns and the availability of streaming platforms.

Cllr Hook said: “If coronavirus did not exist but the current technology did, I would still be advocating the use of Zoom for our meetings.”