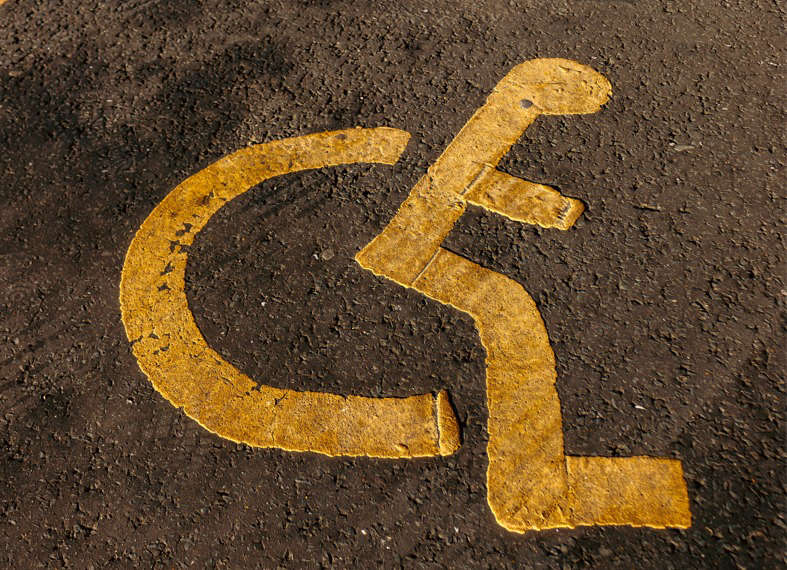 Devon County Council has U-turned on a plan to charge for new disabled parking bays from April.

As part of the Conservative-run council’s new budget, it proposed a new fee of £200 for the cost of putting in new disabled bays outside homes, saving an estimated £100,000 a year.

That’s come in for considerable criticism, not least from the opposition Liberal Democrats who describe the idea as a “disability tax” which will hit the most vulnerable.

Councillors scrutinising the budget also suggested it should be means-tested.

At Friday’s cabinet meeting, where the budget was recommended for approval, member for finance Phil Twiss (Conservative, Feniton) announced the charge would be scrapped, but that it “has to” stay in the budget for now.

He said: “I don’t think there should be a £200 charge. Unfortunately, it has to stay in the budget at this time, but once the budget is passed with that in, I will be making moves in the new financial year to have that taken out of the budget.

“I think it is a bridge too far for a lot of people who are struggling at the moment. £200 might not seem like a lot of money, but for some people that is a lot of money.”

But leader of the opposition Alan Connett (Lib Dem, Kenton & Starcross) said the charge could immediately be taken out of the budget altogether.

In a statement, he added: “It comes at the same time when people are really worried about heating their homes and the quickly rising cost of living. People with a disability often have higher heating costs too.

“The government is certainly short-changing Devon, but we say that the money could be found from other places at county hall. For example, the massive budget for temporary and agency staff.”

Cllr Twiss later clarified the council’s position. In a statement, he said:“Once the budget book is published, we can’t just remove items, but I’ve pledged that this proposal will not go ahead.

“We’ve got some extra cash coming in from the district councils from their council tax receipts and we’ll be using some of this to pay for scrapping the proposed charge,” he said.

As part of the budget plans, Devon County Council taxpayers face a planned 2.99 per cent rise in their bills from April. It will mostly go towards extra spending of over 10 per cent on children’s and adult services.

The rise would mean the yearly council tax bill for an average Band D property will rise by £45.18 to £1,556.46. This excludes planned increases to other parts of the tax that fund district councils, police and the fire service.

Cuts and savings of £30 million are also having to be made, the council claims, because of inflation and pressure on services. They include reductions of over £7 million in care and support for older people and those with physical and learning disabilities.

Cuts to staffing budgets and using existing reserves already set aside for public health services and climate change would fund the plans, including scrapping the ‘disability tax’, explained Cllr Connett.

The council’s budget for 2022/23 will be discussed and voted on this Thursday [17 February].