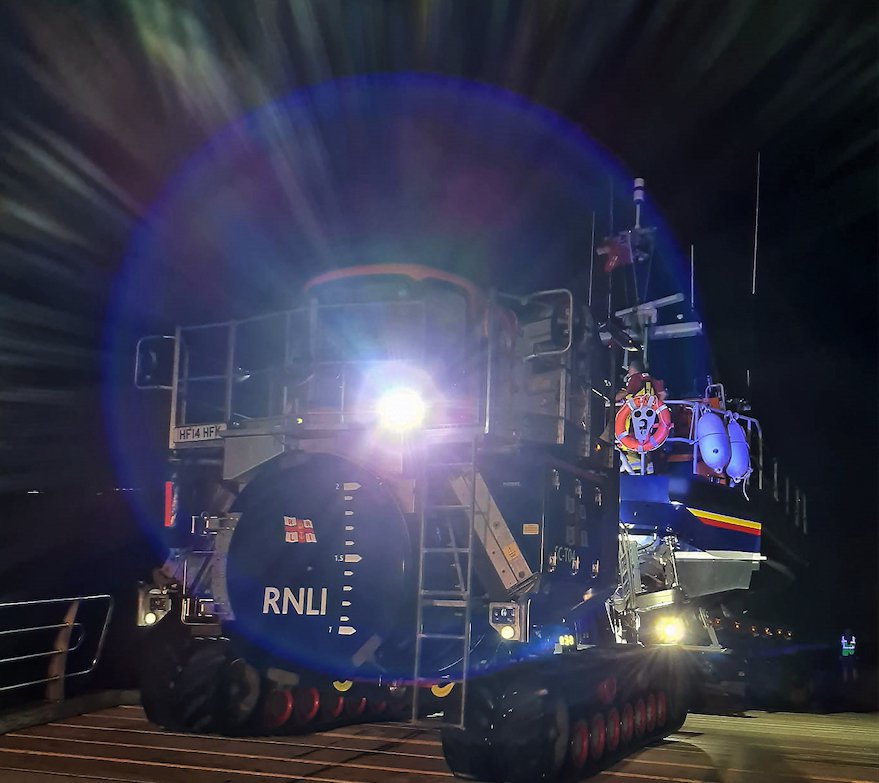 Three people enjoying a trip in a yacht off Lyme Regis on Thursday night found themselves in a "very serious situation" according to Exmouth’s RNLI when their vessel lost all engine and electrical power.

With a call from the coastguard to say people were in difficulty at sea in the dark, Exmouth's lifeboat launched around 9.30 p.m., taking just over an hour to locate the 42-foot yacht in Lyme Bay several miles off the Dorset coast.

One of the lifeboat volunteers, from amongst  coxswain Steve Hockings-Thompson, mechanic Andrew Stott, navigator Guy Munnings and crew Scott Ranft, Harry Griffin and James Searle, went on board the yacht. It was then escorted to safety at Torquay, arriving at 2 a.m. on Friday.

Exmouth RNLI coxswain Steve Hockings-Thompson, who commanded the lifeboat, said: “This was a very serious situation where a 42ft yacht with three persons on board had got into difficulties well out to sea during the hours of darkness and suffered complete power failure. This meant they had no engine power, limited navigation lights and no radio communications during the night in moderate sea conditions where they were able to make only very slow progress. Fortunately we sighted the boat quickly and were able to give immediate assistance and guide the yacht to safety at Torquay. It was a long and difficult assignment but one which myself and the crew were pleased was met with a safe and successful outcome.” 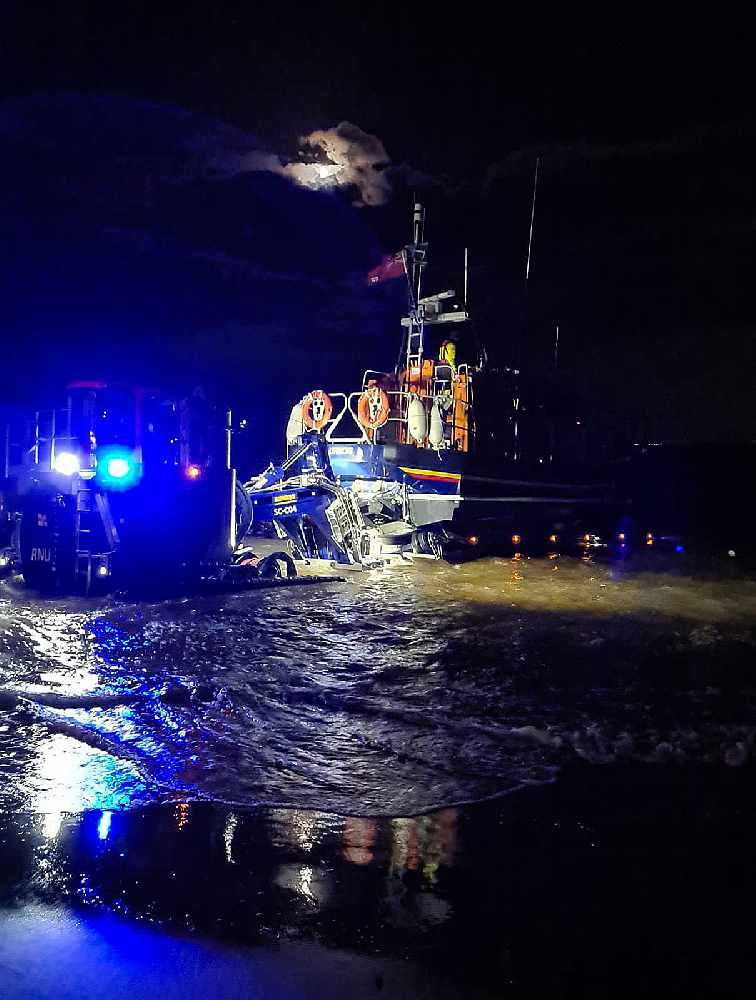