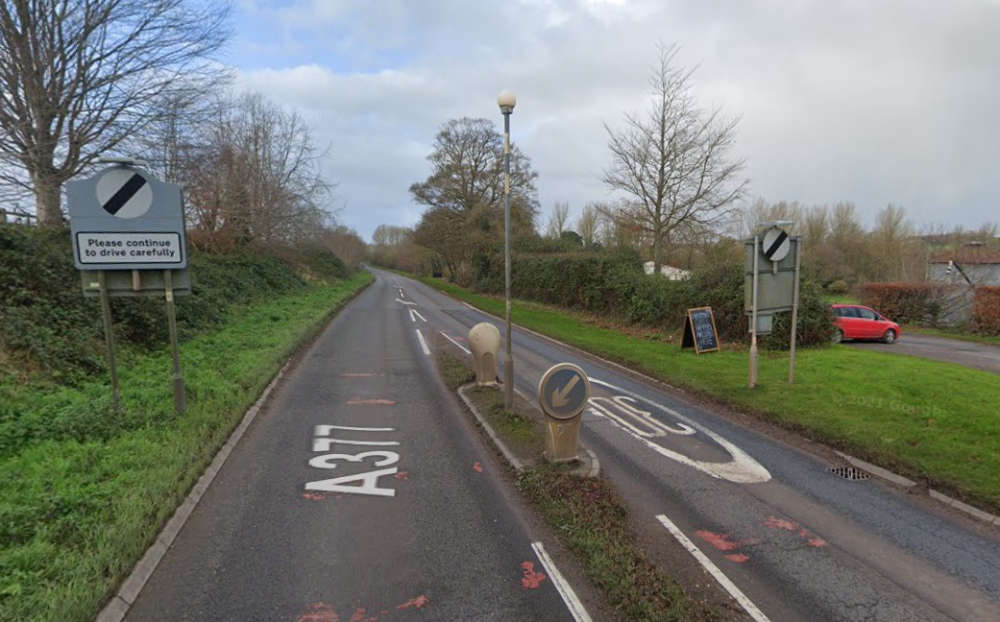 Calls have been made to reduce the speed limit at Newton St Cyres near Crediton.

The straight section of the A377 before the village southbound operates at the national speed limit of 60 mph, before dropping to 30 mph outside Quicke’s farm and cheese shop.

“My feeling would be if the 30 was there, and the 40 was further back to the other side of Quicke’s, it would slow [the traffic] up before it came there. Because there’s a lot of concern about that junction at Quicke’s and it would be nice if you could slow it up before you hit that junction,” she said.

Councillor Graeme Barnell (Lib Dem, Newbrooke), who lives in the village added: “You’ve got a straight – a long straight – coming into Newton St Cyres from Crediton. It’s the only straight on the road and traffic accelerates to above 60 mph sometimes.”

He continued: “The problem is slowing down as you come down the hill into Newton St Cyres. And when you hit the 30 and cars have been doing above the speed limit – often above the national speed limit – it’s very difficult.”

Cllr Barnell agreed about the proposal for a “staggered approach” to the speed limit. “I think we just need to review the speed limit situation coming into Newton St Cyres along that road,” he said.

Similar speed limits are in place on the A396 entrance to Tiverton from Exeter. Vehicles can travel on the long straight towards the town at 60 mph before it drops to 40 and then 30 in residential areas.

“Our policy is that those kind of limits are restricted to sections of road where the immediate speed reduction to 30 causes a difficulty. So, in other words, you’ve got to have a problem that people aren’t abiding by the 30.”

To see if that was the case, he said officers would look to take speed measurements just inside the current 30 mph zone outside Quicke’s: “just so we know there is a problem there.”

A potential new transitional limit would then be considered in discussions with police and road safety officers. “Hopefully they’ll be able to then recommend there should be a transitional 40 [limit],” Mr Matthews said.

Councillors agreed for highways officers to investigate the potential for the new limit, and to report to a future meeting.