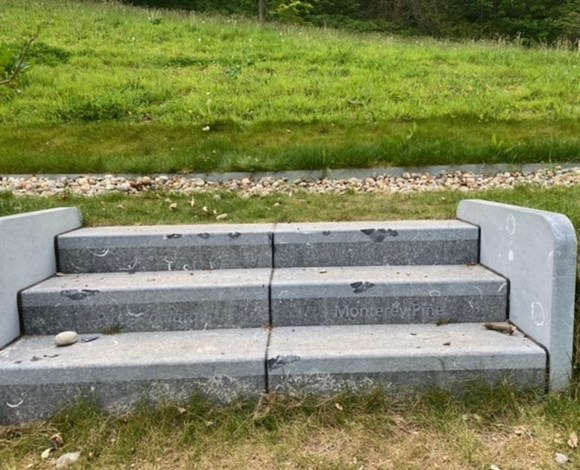 It is part of a £1 million flood scheme

A new ampitheatre near the grounds of East Devon District Council's former offices Knowle in Sidmouth have been damaged by vandals.

The edges of some of stone steps have been smashed in the refurbished grounds, which opened only last year.

The ampitheatre is part of a £1 million flood alleviation scheme, and beneath it is an underground water storage system which can contain floodwater for up to a one in 30-year storm. The tiered sections above ground, which have been damaged, are designed to store water during a one in 100-year storm event.

Estimates are yet to be carried out on how much it may cost to replace the steps or whether they can be repaired.

In the heyday of Rome's ampitheatre, the Coliseum, criminals were publicly humiliated, tortured and executed, frequently being eaten alive by wild animals.

Sadly this solution is thought to be unavailable to the authorities in Sidmouth. 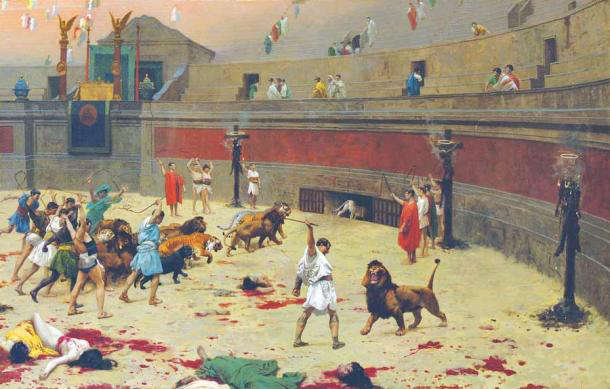 One way of discouraging vandals in an ampitheatre  (Image: The Retreating Lions by Jean-Léon Gérôme; public domain)

Councillor Roger Croad, cabinet member for public health, communities and equality, said: “This is mindless vandalism of something that is a unique and vital asset for the town.

"The ampitheatre is part of a scheme primarily designed to protect the town, which makes this even more galling. I would urge anyone who may have seen anyone acting suspiciously in the grounds of the ampitheatre to report it to the police.”

Councillor Stuart Hughes, Devon County Councillor for Sidmouth, said: “It’s absolutely heartbreaking that anyone could do this. This structure was built for the community of Sidmouth, and while the flood alleviation scheme protects homes and businesses from flooding, the ampitheatre also provides a public space for the local community."

The scheme was constructed by South West Highways and was developed through the County Council’s surface water management plan for Sidmouth after properties in the town were flooded in November 2014. It was funded by Devon County Council, DEFRA Flood Defence Grant in Aid and a Local Levy contribution administered by the South West Flood and Coastal Committee.