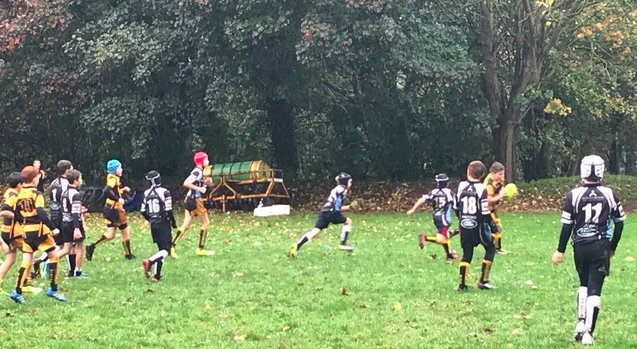 In wet and muddy conditions, Exeter Athletics U12’s took on Crediton, at Crediton RFC. Borrowing 3 players from their opponents, Exeter played a courageous game of Rugby.

The boys showed strength against some of their previous team mates. The ‘Drive’ was provided by Charlie, who pushed through the Crediton defence with ease. All the boys joined in with the Rucks, Maul’s and Scrum’s, getting the ball out as quickly as possible.

Rich Adams, Head coach, said: " The boys are putting in a great effort and developing as a team. "Their Confidence and decision making is growing."

Final Score was 6-2 (tries) to Crediton.

Parents Player of the match  : Charlie

Coach’s Player of the match : Ollie

Opposition’s Player of the match : Callum