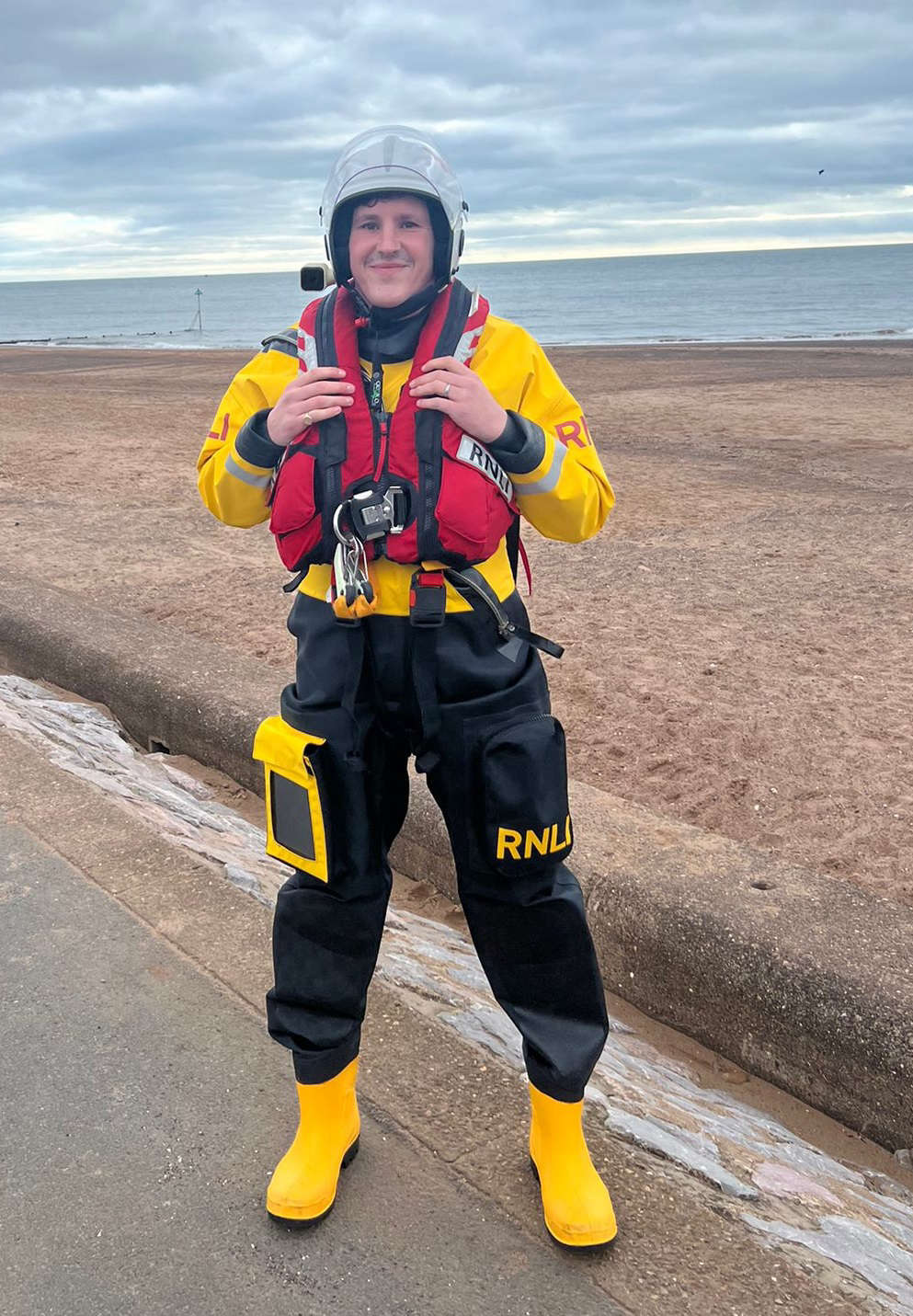 £1 pledged for every fish & chips meal

Two fundraising projects by an Exmouth Restaurant have raised significant funds to go towards the purchase of crew clothing and essential locally based lifesaving training at Exmouth RNLI Lifeboat Station.

On 17 May 2021 the restaurant commenced a seasonal fundraiser by pledging £1 to the local RNLI for every purchase of their fish & chip meals that, by the end of August, netted £2184 for the charity that saves lives at sea.

Then on 25 November 2021 the restaurant hosted the ‘RNLI charity fish supper’ event and raised an additional £643.82.

Exmouth RNLI crew member Nick Wright joined Exmouth RNLI in March 2021 and is one of the first of the local lifesavers to benefit from the donations, having just received an RNLI dry suit kit at a cost of £800.

Nick, currently working towards his tier 1 pass-out for lifesaving operations on the towns RNLI inshore lifeboat, said “On behalf of the crew and volunteers at Exmouth RNLI lifeboat station, I must thank the owners and staff at the Point Bar and Grill for their incredible efforts in raising such an amazing sum for us at what was a very difficult time for all businesses, and to their customers who gave their support. I am the first to benefit from this donation and I know some of the remainder is earmarked for sea survival courses and important station based training that, on average, costs £1400 overall per crew member.”

Des White, chair of Exmouth RNLI fundraising team, said “On behalf of us all at Exmouth RNLI lifeboat station, I must thank all at the Point Bar & Grill who worked hard to achieve this outcome and to those who gave their support to the two great fundraisers. As the charity that saves lives at sea in the UK and the Republic of Ireland we rely entirely on public and business support to carry on our essential lifesaving work safely and effectively, and these donations are already helping us to do that  – thank you, and very well done!”