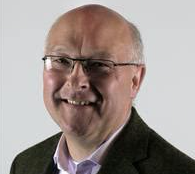 Devon's Liberal Democrats have launched their Devon County Council election manifesto ‘Six-to-Fix’ setting out their priorities for the county for the next four years.  Local elections take place on Thursday 6 May.

The Lib Dems want to focus on six key areas after what they claim are "years of Tory mismanagement" of the councll.

They say that over the past 10 years, Devon County Council didn't spend nearly £10 million it had pledged to improve roads. There will be an extra £3.4 million will be invested this year to boost road repairs by the Liberal Democrats if they take control of county hall next month.

Alan Connett, Leader of the Liberal Democrat Group, Devon County Council, said: “The money was pledged for highway drainage works over the past 10 years and simply has not been spent. We are all living with the consequences, potholes, blocked drains, lack of regular maintenance”.

Liberal Democrats will back jobs with a ‘Made in Devon’ campaign promoting buying from local businesses, traders and craftspeople. Devon’s council owned farms will also be protected under the Liberal Democrats, who say they will keep the 65 farms and not sell them off, as other councils have done elsewhere in the country. The farms, which cover just over 9,500 acres in total, are an important part of helping young people into farming and progressing, say the Lib Dems.

Inadequate is the judgement on Children’s Services across Devon from independent inspectors. For eight years the services which support the most vulnerable children and young people have been failing.

Ofsted inspectors said: “Until this inspection, senior leaders did not know about the extent of the failures to protect some of the most vulnerable children and young people from harm. They were unaware that a very small minority of their care leavers were or had been living in tents on the streets. These are not isolated incidents.”

“Some children who have suffered chronic neglect and emotional abuse are being left with their families for too long because social workers and their managers lack clarity about when to turn concerns into legal action. Social workers are not gathering evidence of neglect systematically.”

Mr Connett said: “Back in 2013, Devon County Council was told its services for vulnerable children were Inadequate and did not meet the minimum requirements. Eight long years later and still County Hall has failed to make the improvements needed.”

“Our plan is an immediate review of Children’s Services, identify the problems, ensure named people are responsible for leading the improvement and report regularly on what is being done. We shouldn’t be embarrassed about learning from what other councils have done and getting in experts to help us get this right.”