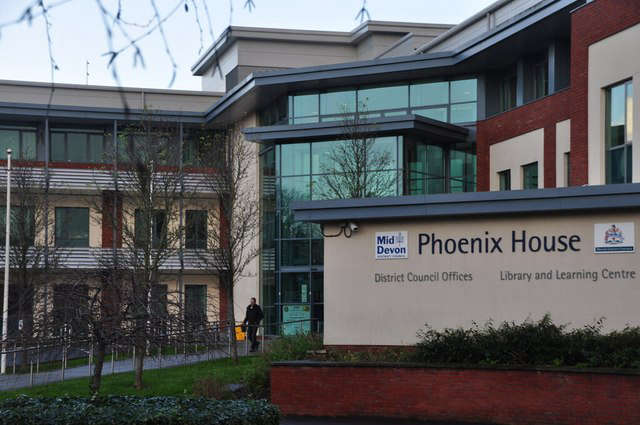 A series of political splits and sackings at Mid Devon District Council has led to calls for clarity about three newly formed groups and the future of the authority's leader.

Since 2019, the council has been run by independent-led coalitions - firstly with the Liberal Democrats and then the Conservatives – after the election resulted in no overall control.

Leader Bob Deed (Cadbury ward) has been in charge throughout but his independent group recently split following a disagreement, with most members later joining forces as the Non Aligned Group.

As for Cllr Deed, he and two other colleagues formed the New Independents.

The delicate balance of the council meant the Tories could have taken exactly half of the 42 seats at the recent Cullompton South by-election, meaning its then-leader Bob Evans (Lower Culm), who was also deputy leader of council, may have been able to challenge Cllr Deed for the top job.

However, the Liberal Democrats won the by-election, and the state of the parties has been further muddied by Cllr Evans being replaced as leader of the Conservatives and sacked as deputy leader of the council.

Cllr Deed was accused of “political manoeuvrings” by Cllr Evans for the decision, as reported by DevonLive, a news website, but he claimed it was down to a “matter of trust.”

To make matters even more complicated, Cllr Evans has since resigned from the Conservative group and now sits as the council’s only ungrouped member.

Hoping to clarify the state of the parties at Wednesday’s full meeting of the council, Councillor Frank Letch (Lib Dem, Lawrence) said: “I remember in 2019 … that [Cllr Deed] was elected as an independent – he was independent.”

“So, is he now the New Independent? Because if he is, surely it’s the old independent because he’s still there?” - which was met by laughter at the meeting.

“And he hasn’t gained anybody,” Cllr Letch added, “so I think the public really do need to know what these three groups mean because, at the end of the day, some of these people would have been elected under one banner – like I was elected a Liberal Democrat.

“Now if I changed to another group, I would stand down, and I would put myself forward to be re-elected as a ‘no group, independent, non-aligned’ or whatever.

“So could we just find out if the leader maybe has any plans to join these people together, to find some way of getting the New Independents, the Non-Aligned Group, plus the 'independent no group number one' - if they could get them together to form some cohesive entity?”

Cllr Deed replied: “In terms of the number of groups within this council, it isn't unusual. And even within some councils you have two groups of the same party because there is a difference among members and so on.”

But he acknowledged Cllr Letch’s “very good point” and said he would look to address the different parties and what they mean in a newspaper column.

The leader was asked by Councillor Graeme Barnell (Non Aligned Group, Newbrooke) why he had sacked seven cabinet members during his three-year tenure, and “how these sackings are related to the people of Mid Devon?”

While he would not go into the reasons, Cllr Deed said: “In each case I felt it was justified and therefore I took the action that I did.

“As you know, under the constitution, I have the facility to hire and fire, but I do take the view generally as a leader that I should try – and it's not easy sometimes - to maintain a cabinet which is, if you like, the best minds available to undertake the various cabinet posts.

“And if for some reason individual members are obviously finding it uncomfortable to maintain the job of a cabinet member within the cabinet then there have been, from time to time, changes.

After acknowledging the seven sackings during his leadership, Cllr Deed remarked, to further bursts of laughter from members: “I hope that number will not increase, but who knows?”

He then clarified he had “no intention at this time of changing any cabinet members, and I trust that we will go through to the elections in May 2023 and we will have a very good story to say in a year's time.”