David Pugh & Dafydd Rogers and Theatre by the Lake 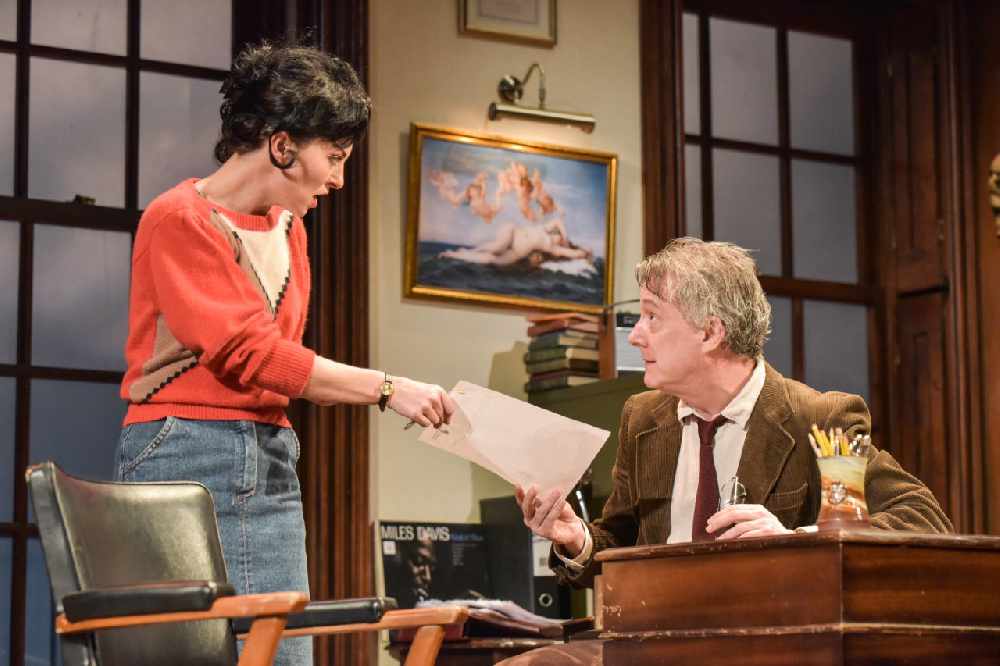 Willy Russell’s comedic, heartfelt tale Educating Rita originally opened at the Royal Shakespeare Company in the 80s, subsequently proving a success in the West End and an award-winning film.

Unlike the film, only two performers take the stage to tell Rita’s story. A hairdresser from Liverpool who takes it upon herself to get an education with an Open University course to escape her working-class life and controlling husband. Tutor Frank is not impressed. Be yourself, he pleads. Don’t write essays as others do. Frank and Rita form an entertaining but challenging friendship. Behind every one of Frank’s books is a bottle. Rita’s not impressed. Don’t hide yourself behind the booze, she pleads. Don’t throw your life away as others do.

This perfectly casted duo excel. Jessica Johnson is lively, bubbly Rita, reprising a role she undertook two years ago. She waltzes into Frank’s office with a quirky personality, witty one liners and hilarious phrases all played fanatically with great timing and pace. She’s gobby. Opinionated. Subjective, which isn’t what Frank wants – until she’s gained an education and that’s exactly what he want.

Stephen Tompkinson (Ballykissangel or, if you’re older, Drop the Dead Donkey) plays placid, bitter and later sozzled Frank. We see a more open self-pitying Frank as the characters become closer, as he realises what Rita has become. It’s a thing a beauty to watch, with both bouncing off each other so well. Lost souls. By the end, one found, one banished. The combination of Wily Russell’s beautiful script with flawless casting makes for perfect theatre in an accomplished touring show that also understands branding. Play a famous 80s show, stick a famous face on the billboards, and to the theatre they will come. The Northcott audience lapped it up, applauding scene by scene.