Turn of the Screw at the Exeter Northcott Review

Northcott audiences like plays like Turn of the Screw. It’s old. In Henry James, it has an author of repute. It’s bedecked with period costumes, plummy actors and a beautiful set. It’s toured the country once and is in Exeter as the first point of a revival by the Northcott’s new artistic director Daniel Buckroyd.

All begins well enough. The intrigue is established early as we learn how middle-aged governess is being interviewed for a job by the very person she once looked after as an orphan girl, who’s interested in the missing gap in her CV. Back in time, we meet the mysterious uncle who gives the governess carte blanche to bring up his nephew and niece, as long as he’s not bothered about any decision. And we meet backstairs stalwart Mrs Grouse, whose storytelling fills in the gaps that a 2016 script hasn’t managed to turn into drama. It can’t be easy. The Victorian story hit the buffers numerous times before a screenplay eventually passed muster in the sixties, leading to a film that’s considered to be a classic of gothic horror. But this stage version misses many marks.

After getting off to a reasonable enough start, the exposition is too cumbersome, the action too limited, and the switch of two characters between adults and children somewhat irritating. For a play that’s been revived from last year, rather than produced from new, on its opening night in Exeter before going on a short tour it’s woefully under-rehearsed. Members of the audience exchanged puzzled looks. Has something gone wrong or is this long pause for dramatic effect? When actors forget or fluff lines, they can be at the mercy of the genre they’re in. When the context is meant to be suspense, you can get away with it once or twice maybe. But when it’s evident that performers don’t have command of the script and the pauses and stares become more prevalent, what should be thrilling is merely discomforting. Audiences are generally on the performers’ side; eager for them to do well so we can be entertained. In the end, this show was politely received, with most plaudits being for the set the costumes and the occasional sound or lighting effect, but not the content or the performances.

The Turn of the Screw now tours to nine regional theatres, where it plays for full weeks, and in the case of York, two weeks, rather than the three days allocated at the Northcott at the end of a week. Perhaps Exeter provided the warm-up and the production will gel on tour. Let’s hope so, or this gothic horror will continue to be a horror with Exeter’s name attached to it. 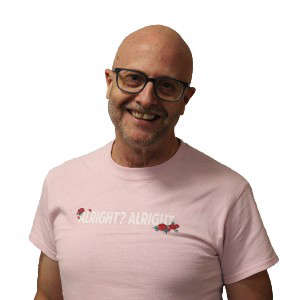