Every word was once an animal - Theatre Royal Plymouth 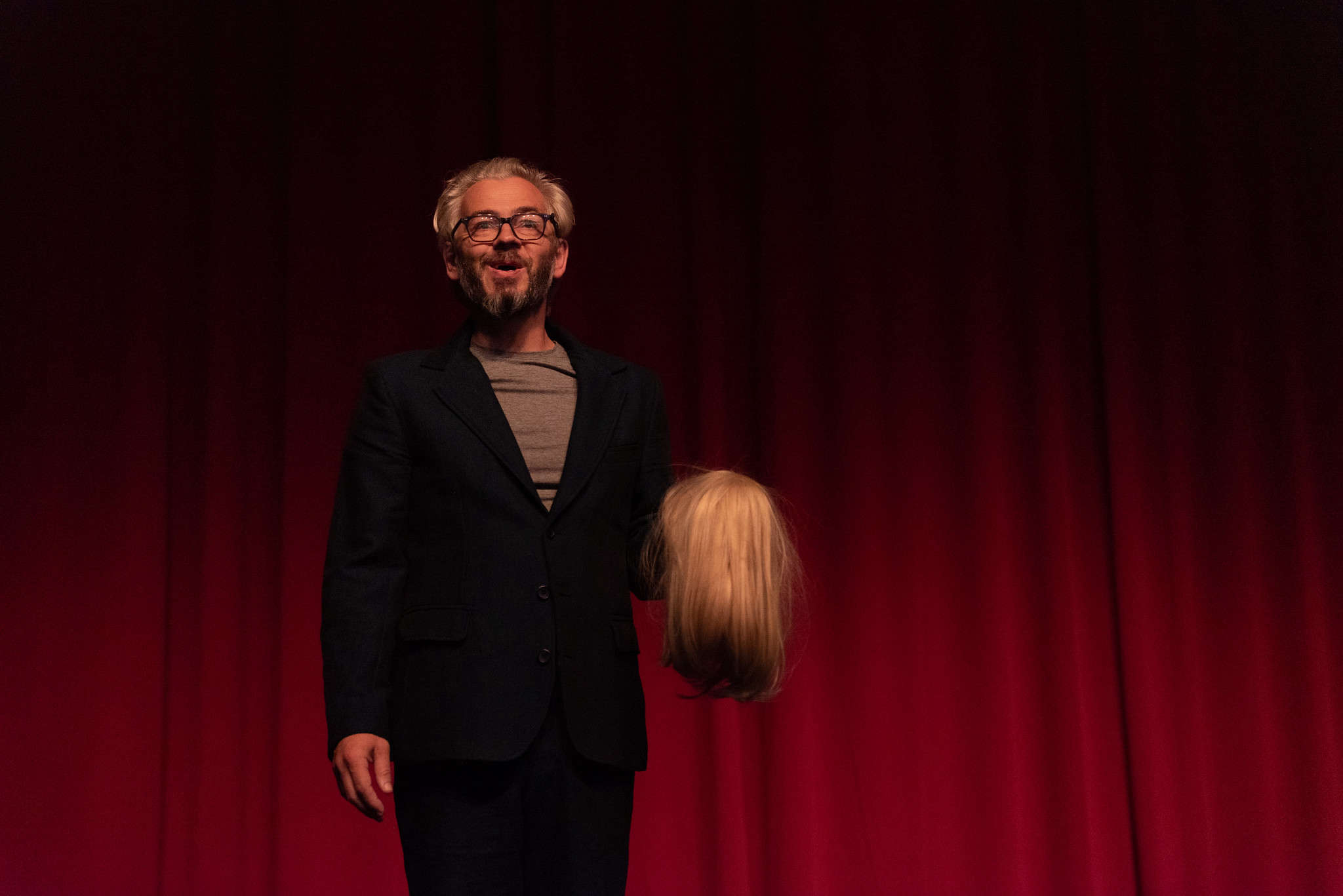 A great strength of the Theatre Royal Plymouth is the diversity of its programme. So
in the main house you have the (mostly male) audience getting revved up by
Meatloaf’s epic Bat Out of Hell, while in the adjacent Drum, there is a much more
esoteric Belgian company who might leave you driving home venting your angst and
frustration rather than blasting out the songs of your youth.
OG are regulars at Plymouth and their interactive LIES back in 2017 proved a hit here
as well as at the Edinburgh Fringe with its casino/gameshow setting that toyed with
expectations and reality.
This 55 minute piece has five actors talking about creating a show. It’s the sort of
concept that might sound bum-numbingly self indulgent (other backside inspired
phrases available) but in the Covid world where many people experienced a lack of
human contact and creativity, there is plenty of mileage.
Certainly the audience is being manipulated. Can you trust what the actors are
saying? No. Are you given the opportunity to get to know the characters? Crucially,
definitely no. If (like me) you crave narrative thread and hope to find meaning, you
might well find yourself frustrated. But after living in a time when many people
found the meaning in their lives lost and experienced alienation through isolation,
this is all valid.
Where this piece connects specifically with such ideas, it is at its strongest:
Vaudeville style curtains are a big feature here and when one performer brings on a
set box and shows how curtains could be played with - while the real curtains are
moving in time with her ideas, you connect with the attempts to make patterns.
In another scene, we see life filmed through windows of various homes. Blinds rise
as curtains in a theatre. For the most part there is nothing happening (many of us
experienced that - as in Waiting for Godot) but in one disturbing scene, in the
distance we glimpse a man pacing a balcony in a block of flats. There’s an almost
melancholy sense of searching for meaning. Later, in two disconcerting but funny
scenes, even words lose their meanings.

But the risk is that the audience feels so alienated from these non-characters that
they just shrug their shoulders and don’t care.
The cognoscenti might start talking about anti theatre, meta theatre, alienation,
absurdism and more. That said, it can be engaging.
And the ending? Well I said it’s a 55 minute piece, but actually you decide if that’s
the case.
Would I go and see them again? Resoundingly yes. They are always thought
provoking. But I’d be wary who I invited to join me.
They were playing Paradise By the Dashboard Light in the theatre foyer as the
audience left. That was my ear-worm on the way home.
Read our review of Bat out of Hell – the musical

Every Word Was Once an Animal
At The Drum, Theatre Royal Plymouth until Saturday 27 July